Conductivity is the measurement of the solution or substance’s ability to carry or conduct an electric current. Conductivity sensors are used to measure conductivity in aqueous solutions to determine the purity or impurity of a liquid.

An electric current will flow through liquids when a voltage difference exists between two points; the presence of ions or charged particles are necessary as they are the “carriers” of the current flowing through the solution. If there are no ions present in the liquid, such as with ultrapure water, then no current can flow and the solution is not conductive.

However, if the water is not ultrapure, then ions are present and electric current can flow through the solution (e.g. brine solution), detectable by water conductivity sensors. The same is true for chemical solutions such as HCl. Contacting conductivity sensors are ideal for use in pure and ultrapure water applications. They are highly sensitive to ions present, providing the highest accuracy for low conductivity measurements. Inductive conductivity sensors have a wide range capability and are better suited for measurements in dirty, corrosive, or high conductive solutions, requiring less maintenance than contacting sensors in the same environment.

How Do We Measure Conductivity?

With Inductive (also called Toroidal or Electrodeless), the sensing elements (electrode coils) of an inductive sensor do not come in direct contact with the process. These two matched (identical coils) are encapsulated in PEEK (or Teflon) protecting them from the adverse effects of the process.

What Makes a Solution Conductive?

Conductivity is only a quantitative measurement: it responds to all ionic content and cannot distinguish particular conductive materials in the presence of others. Only ionizable materials will contribute to conductivity; materials such as sugars or oils are not conductive.

In general, the measurement of conductivity is a rapid and inexpensive way to determine the ionic strength of a solution. Water conductivity transmitters use conductivity to measure the purity of water or the concentration of ionized chemicals in water. It is a nonspecific technique, unable to distinguish between different types of ions, giving instead a reading that is proportional to the combined effect of all the ions present.

The accuracy of the measurement is strongly influenced by temperature variations, polarization effects at the surface of the contacting electrodes, cable capacitances, etc.

Yokogawa has designed a full range of precision water conductivity controllers, sensors, and instruments to cope with these measurements, even under extreme conditions.

How Do I Select The Right Sensor?

When selecting an industrial conductivity sensor probe for an application, we need to consider the following:

What is a cell constant, and why do we need to be concerned about it?

The raw conductivity value is then multiplied by the cell constant which is why we see the unit µS (micro siemens)/cm.

Yokogawa offers four cell constants: 0.01, 0.1, 1.0, and 10.0, which provide accurate of the entire Measurement range of 0-2,000,000 µS. These values are known as the nominal cell constant, whereas the printed cell constant on the sensor can vary slightly (you will see 0.0198 instead of 0.02) is the specific cell constant for that sensor.

One of the problems that occur when an incorrect cell constant is used is Polarization.

The first example shows a solution with the correct cell constant where the ions are free to travel from one plate to the other.

The second example shows the same cell constant being used in a highly conductive solution.  When the voltage alternates (switches polarity), the ions cannot freely move to the other plate because the ion density is too high.  This results in fewer ions contacting the correct plate which will result in a false low reading.

However, for the ISC40 Inductive Sensor, there is only one cell factor (constant). It covers the entire conductivity measurement range 0-2,000 S/cm. But on only the low end (below 50µS) does the accuracy of the sensor suffer.

Heat exchangers are devices that provide the flow of thermal energy between two or more fluids at different temperatures. Heat exchangers are used in a wide variety of applications. These include power production; process, chemical and food industries; electronics; environmental engineering; waste heat recovery; manufacturing industry; and air-conditioning, refrigeration, and space applications.

Conductivity measurement can be used as a reliable indicator of the real-time brine concentration. Using an online process analyzer removes the need for timely grab sample analysis.

The term "cooling tower" is used to describe both direct (open circuit) and indirect (closed circuit) heat rejection equipment. Cooling towers are heat-transfer units, used to remove heat from any water-cooled system. The cooled water is then re-circulated (and thus, recycled) back into the system. Since the process water is re-circulated, the mineral concentration increases as a result of the evaporation. (AN10B01B20-01E)

Control of sodium chloride (NaCl) concentration at a salt dissolver where solid salt is dissolved in water, is highly important because of the electrolysis efficiency. A conventional way of measuring the concentration of supersaturated NaCl solution had been performed by using non-contact type sensors (e.g., γ-ray density meter) since NaCl, impurities, and precipitates are in the solution.

In a semiconductor plant, a variety of chemicals are used in various manufacturing processes. The chemicals used for specific purposes are produced by diluting raw liquid with demineralized water using in diluting equipment, and the control of the concentration at this point is performed by conductivity measurement.

Clean-in-place (CIP) is the system designed for automatic cleaning and disinfecting in the food & beverage, pharmaceutical, and chemical industries. Tanks and piping are cleaned and sterilized with various cleaning solutions, fresh or hot water, or steam after manufacturing products is completed.

There are many points in the processing of edible fats and oils that benefit from the use of analytical measurements. Inductive conductivity, contacting conductivity, gas density, and pH can be utilized to increase the quality of the end product, as well as protecting expensive processes.

The kraft process, also known as kraft pulping or the sulfate process, is a technology for conversion of wood into wood pulp that consists of almost pure cellulose fibers. Today, the kraft process is used in approximately 80% of paper production.

There are numerous industrial applications where measurements and/or control of a specific chemical strength of the process is critical for optimizing the production of the end product. These specific concentrations are obtained by mixing a full strength solution with water to achieve the desired percent concentration. How to test a ISC40G sensor
(KB-000-0404)
With an Ohm meter check the following wires on the ISC40G sensor cable: 11 to 12 (Pt1000 or Thermistor) 13 to 17 – Sensor coil – expect low resistance. If unstable or above 100Ω it is bad. 15 to 16 - Sensor coil – ex...
Conductivity Sensor Cleaning
(KB-000-0391)
Soak the sensor in 5 - 10% Hydrochloric acid (HCl) in water solution. for 5 - 10 minutes, then rinse. If you have trouble finding 5 - 10% HCL you can buy muriatic acid at a building supply house and it is usually 20 - 30% HCL. Check the label. Dilute...
What is the difference between a SC41 and a SC42 sensor?
(KB-000-0397)
The difference is the temperature sensor. The SC41 has a Ni100 temperature element and the SC42 has a PT1000 temperature element. PT1000 is a better temperature element, but some old electronics will not accept a PT1000 temperature element, so the SC...
Is it possible to connect competitor's sensors with Yokogawa analyzers? If yes, what are the conditions?
(KB-000-0287)
All Yokogawa analyzers use an open architecture with adjustable temperature compensation, adjustable isopotential point, and adjustable slope. They are compatible with all direct pH, ORP, and conductivity sensors. There are two exceptions to th...

Product Overview
SENCOM™ - The Next Generation in SMART Liquid Analyzers 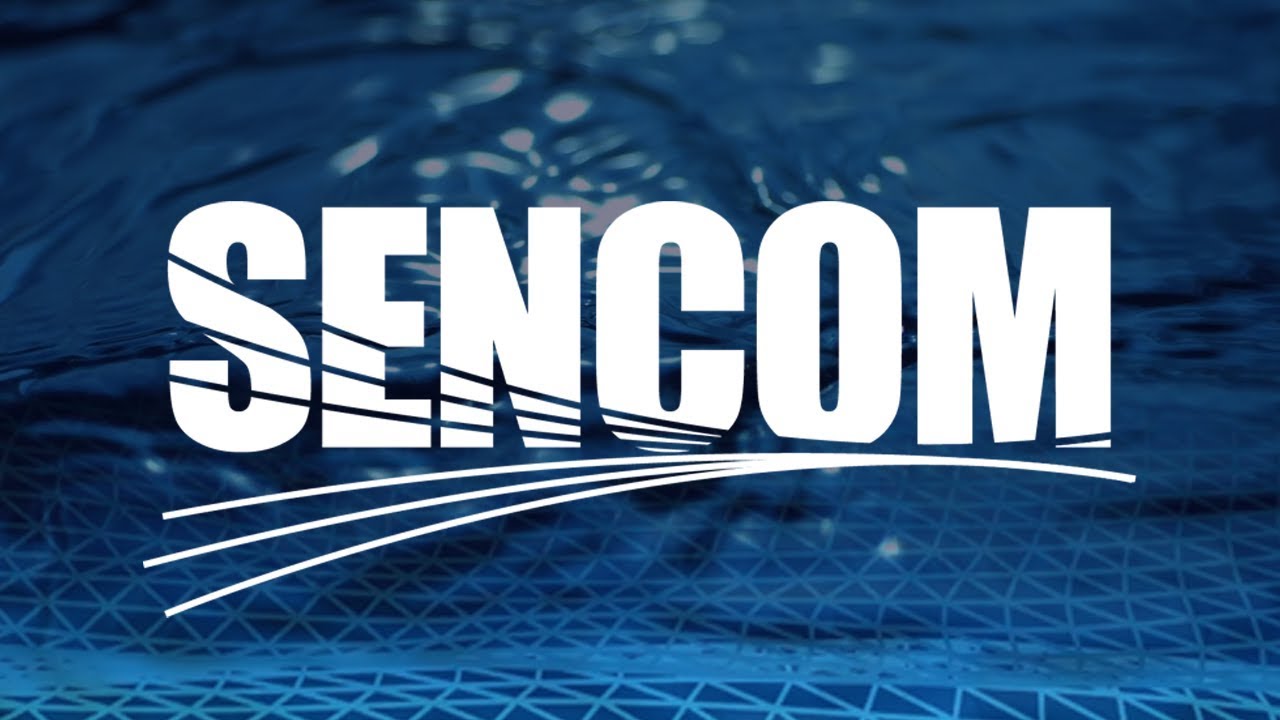 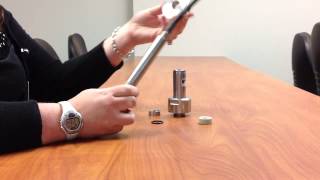 Installing the sanitary fitting on an ISC40 sensor. While we strive to provide the most safe and accurate information possible, we are not responsible for any loss or damages resulting from attempting to replicate the acts conducted in this video. Furthermore, we shall not be held liable for use or misuse of information contained in this video. 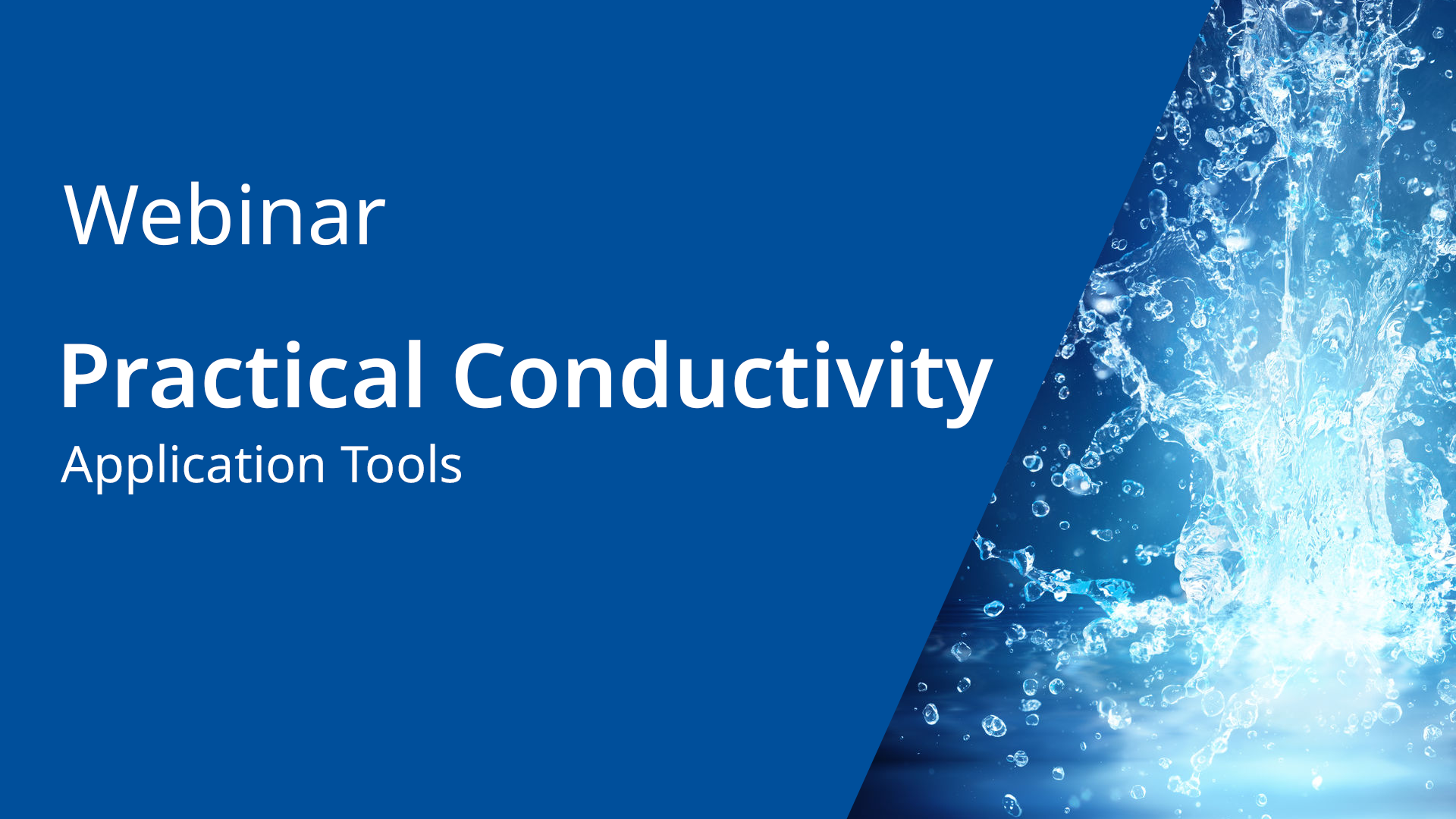 In this 40 min session you will learn the fundamental requirements for aqueous conductivity measurements; the differences between "Contacting" and "Inductive" measurement techniques and which one to use for a particular application. As well as learn the importance of online diagnostics. The goal is to provide participants with simple techniques they can implement to improve their day to day operations and to identify causes of errors and how to correct them