Process gas chromatography is used for separating and analyzing chemical compounds in the gas phase of industrial processes. Gas chromatograph instruments vaporize and distribute samples between a stationary and mobile phase, whereby a chemically inert gas carries molecules through a heated column.

Yokogawa gas chromatographs provide reliable and precise process analysis, with touch screen operation for effortless results. All chromatograph settings, displays, and data are truly segragated for easy understanding and maintenance. Since 1959, Yokogawa has supplied GC solutions to the oil & gas, refining and petrochemical industries around the world. Over the past 50 years, the GC products of Yokogawa have continued to evolve to meet the ever changing needs of the process industry.

What is gas chromatography?

What is a gas chromatograph? Separation of components by column What are gas chromatography and its types and classification ?

Classification by mechanism of component separation

Adsorption type:
This type conducts separation by difference in adsorption and desorption of sample component to stationary phase. Typical stationary phases are activated carbon, synthetic zeolite, activated alumina, silica gel, porous polymer, etc. It is mainly used for separation of inorganic gas such as H2, N2 and CO2, and hydrocarbon gas with low boiling points such as CH4, C2 and C3.

Partition type:
This type conducts separation by difference in solubility of sample component to stationary phase. As the stationary phase, various high-boiling liquids such as non-polar silicone oil and polar polyglycol are applied to the surface of porous material or inner wall of column. It is mainly used for the separation of organic components with Carbon number 4 or more (Hydrocarbons, alcohols, organic acids, etc.).

Open tube column:
This is the hollow-tube-column which inner surface is coated with powder or liquid as stationary phase. Open tubular column has 0.25-0.53 mm inner diameter, and the tube is made of fused silica with polyimide coating, or stainless steel treated inert inner surface treatment. The length is mainly dozens of meters. The separation performance is higher than Packed column.

Packed column:
This is the tube-column which is filled with powder as stationary phase (packing material). In the process gas chromatograph, Packed column is often stainless-steel tube with 1 - 2 mm inner diameter. The length is several meters. There are many types of packing materials, that means there are many options for separation characteristics. Which sensor types are/are not used in gas chromatography?

The TCD/MTCD utilizes the difference in the thermal conductivity between the measured gas and the carrier gas and detects the unbalanced voltage produced in a bridge circuit as a measure of concentration.
Figure shows the fundamental principle of the TCD/MTCD. As shown, there are two streams, each having two filaments. One stream passes the carrier gas only and the other, connected to the column outlet, allows the measured gas to pass during analysis. The filaments in the two streams form a bridge circuit such that the filament in one stream is adjacent to the filament in the other stream. The unbalanced voltage in the bridge is proportional to the concentration of the measured gas (liquid) component.
The TCD/MTCD is frequently used to measure the component concentration of the measured gas (liquid). The FID utilizes the phenomenon that carbon molecules in the measured component (hydrocarbon) are ionized in a hot hydrogen flame. That is, it detects the ionization current which flows between electrodes to which a high voltage is applied. The ionization current is almost proportional to the carbon number.
The FID is used to measure the component concentration of gases containing low concentrations of hydrocarbons. What is the difference between a lab and a process?

* What is a continuous batch?
To perform discontinuous measurement (batch measurement) for a continuous process. GC separates and measures each component in injected sample gas. After the whole components elute, the injection for next analysis is couducted. This interval is called "cycle time".

The laboratory gas chromatograph(Lab-GC) is a general-purpose device that is basically placed on an experiment bench, and analyzes the unknown, various components contained in the gas through a manual batch analysis.
Sample is manually injected to Lab-GC, and Lab-GC analyze the components over minutes to hours. It is non explosion proof approval because it is kept in a clean environment such as a laboratory.

On the other hand, Process gas chromatograph (PGC) is placed in a factory or monitoring room at a plant facility. PGC conducts automatic and continuous batch-measurement without operator control. The analysis cycle time is less than 2 minutes to 120 minutes.
PGC measures specific components, which are important to control the the plant process or monitor the process quality. PGC has explosion proof approval in order to be installed at outside, hazardous area.

High volumes of volatile organic compounds (VOCs), typified by trichloroethylene and tetrachloroethylene, have long been used in various industrial fields for their high degrees of industrial usefulness. On the other hand, there is a growing awareness of environment preservation today, and of the fact that we face serious environmental pollution due to such harmful VOCs.

Loek van Eijck, Yokogawa, The Netherlands, questions whether rapid analysis of gases and liquids can be better achieved through use of a gas chromatograph or near infrared analyser. Conventionally, the liquid and gas components such as those broken down by naphtha crackers have been measured by a process gas chromatograph (PGC), with the subsequent measurement values then being used for control purposes.

The EPA rule, 40 CFR 63 Subparts CC and UUU, is forcing refineries to monitor flares. Fortunately, modern analyzer technology makes it possible to meet the requirements, generate the necessary reports, and stay in compliance.
Here’s how to select the right analyzer to meet these demands.

Webinar
How to Ensure Peak Performance in My Gas Chromatograph 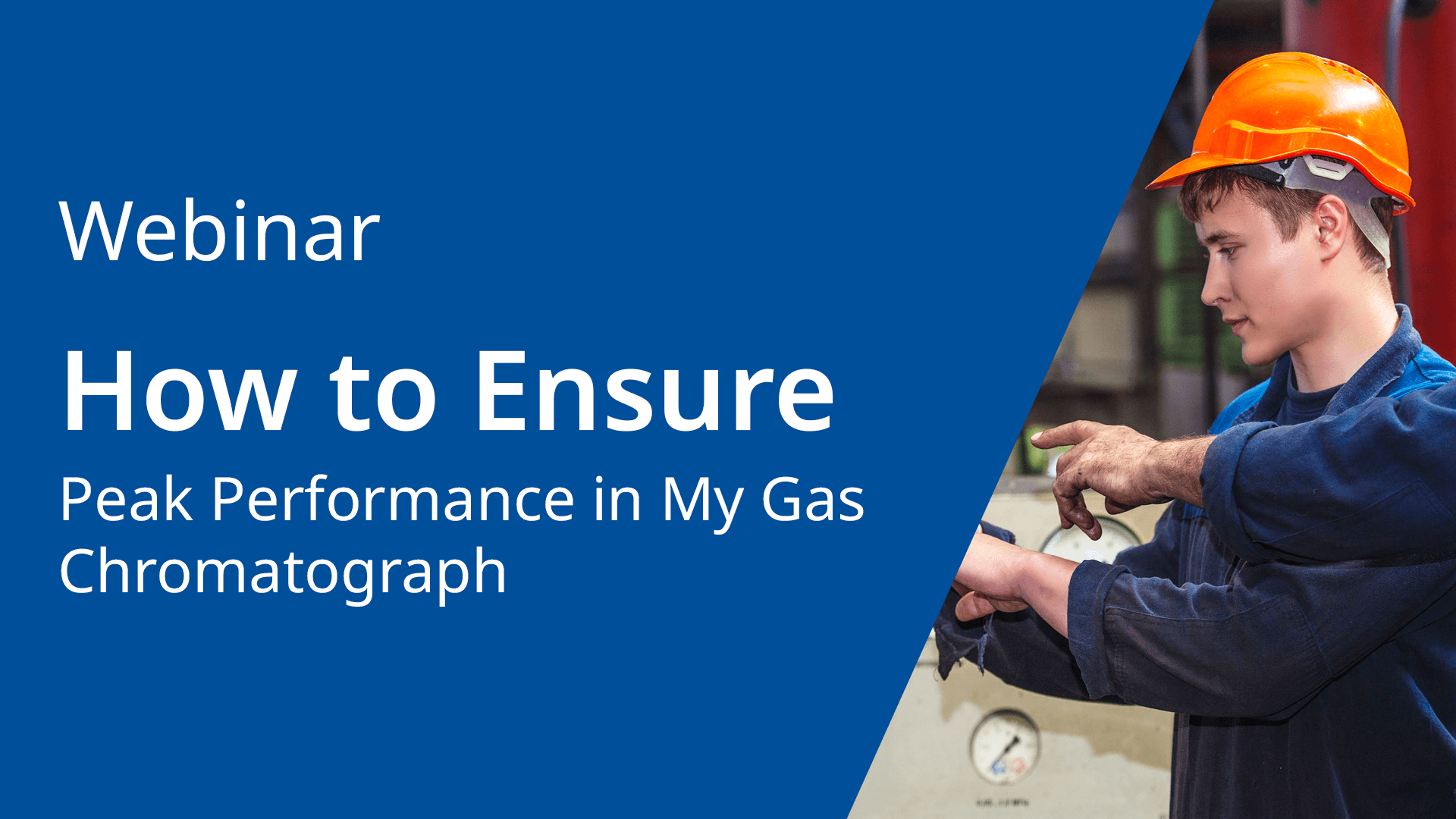 To ensure peak performance, efficient GC maintenance is very important, especially now that many end users face a decline in supporting technical resources. In this webinar, we will show you how to optimize a GC maintenance plan.