It can be used as a fairly inexpensive and low maintenance indicator of water quality.  Good quality water with little contaminants will have a low conductivity.  There is far less maintenance than pH and minimal calibration. Conductivity is used in Boiler feedwater, RO, and Demineralizer applications.

The accuracy of conductivity measurements can be influenced by the following factors:

Process liquid analyzers such as pH meters, conductivity meters, ORP meters, and density meters play an important role at electrolysis plants in the control of concentrations of various process solutions. This requires both precision and stability under harsh conditions that include highly corrosive substances, high temperatures, and many impurities. 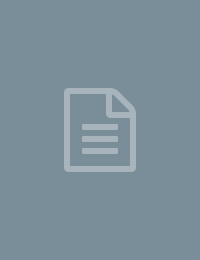 Seawater leak detection is the post-condensation water quality management processes. Damage to the ion exchange resin, which deionizes the supplied water, is also monitored during this process, and both of these applications are executed by a conductivity analyzer. (AN10D01P01-01E)

The term "cooling tower" is used to describe both direct (open circuit) and indirect (closed circuit) heat rejection equipment. Cooling towers are heat-transfer units, used to remove heat from any water-cooled system. The cooled water is then re-circulated (and thus, recycled) back into the system. Since the process water is re-circulated, the mineral concentration increases as a result of the evaporation. (AN10B01B20-01E)

There are a number of suppliers of oil and fat products used for edible purposes. These products include, but are not limited to olive oil, peanut oil, soybean oil, sunflower oil, lard, shortening, butter, and margarine. The raw materials for these products include animal by-products, fleshy fruits (palm and olive), and oilseeds.