With a total investment of 4.2 billion US dollars, the Nanhai petrochemicals complex at Daya Bay in Huizhou, China, has attracted a lot of attention because of its sheer scale. But to automation experts the complex is equally interesting because of the sophistication of its process control and monitoring systems. Commissioning, which began in January 2006, was made considerably easier thanks to systems supplied by main automation contractor Yokogawa. Especially noteworthy is Yokogawa's DCS Anywhere web-based control system, which provides flexible access from any networked PC, reports Nanhai's owner CSPC—a joint venture between China National Offshore Oil Corporation (CNOOC) and Shell Petrochemicals.

The DCS Anywhere web portal is claimed to be the first installation of its kind anywhere in the world, and Yokogawa worked closely with CSPC to develop the technology. Although DCS Anywhere will continue to be used over the lifetime of the plant, it was especially valuable during commissioning. DCS Anywhere provides convenient access for plant surveillance and monitoring for maintenance engineers, process control technologists, process engineers, and operations managers via desktop PCs over the wired Ethernet network, or on laptops via a wireless network. This world-class mega-project brought inevitable challenges in the design of the process control systems. With nine main process units and three control centers, the pressure was on to develop a control architecture that would not only support Nanhai's fast-track construction schedule and fault-free startup requirements, but also support future expansion and maintenance.

From Fieldbus to scheduling

The complex uses Foundation Fieldbus technology on a massive scale, with 16,000 field devices. Although Foundation Fieldbus was relatively new at the time the project was being planned, it was implemented successfully with the help of strong co-operation between the device vendors, Yokogawa and CSPC. Following intensive Foundation Fieldbus training, the instrument maintenance staff were able to complete fast-track Host Interoperability Support (HIS) tests for most devices before the start of commissioning. Now the maintenance crews are developing their skills in proactive maintenance, which is made possible through the diagnostic abilities of Foundation Fieldbus devices.

The second challenge was to design and implement the DCS Anywhere application itself—a task that was successfully completed before the commissioning work began. The growing maturity and availability of industrial IT hardware and software helped CSPC and Yokogawa create a system that is powerful, flexible and reliable. The DCS Anywhere application has been tremendously helpful during commissioning and startup, reports Seah Ooi Kiat, CSPC's Head of Instrument Engineering.

It is a very useful tool for analysis and troubleshooting, he says, and CSPC is proud to have achieved a world first with such a large project. A third challenge came in the form of the Movement Automation System (MAS), which looks after the scheduling and logistics required to get CSPC's products to customers. The MAS handles both liquid and solid products, by road tanker as well as by ship.

View of the processing plants in CSPC Nanhai Petrochemicals Project. This large scale mega-project had attracted a lot attention.

A DCS for the next generation

Yokogawa's DCS Anywhere is the latest generation of a technology that dates back 30 years. The original distributed control systems (DCSs) largely replaced wall-mounted hard-wired mimic panels and instruments with screens that could be configured flexibly to show the operating conditions on any part of the plant. In most plants, these screens were shared by process engineers, instrument engineers, and specialists such as rotating equipment engineers. The DCS was used not only for day-to-day running of the plant but also for commissioning and startup, troubleshooting and routine maintenance.

With the evolution of industrial IT, it is now more cost-effective to bring real-time process data to PC screens rather than the original—and expensive—DCS terminals. The new systems such as DCS Anywhere also use the plant's ordinary data network (the local area network, or LAN) instead of the more costly wiring dedicated to control systems. The result is a great improvement in flexibility as well as lower costs, with process data now available instantly to anyone who needs it.

The PRM is a tool that helps the instrument maintenance crews carry out proactive maintenance based on diagnostic messages from the field devices.

The ODS is largely used by operations staff, process engineers and technologists to track production data and ensure that the plant is operating within its design envelope. The ODS contains shift logs and shift handover instructions that are also useful to the maintenance and process engineers who need to follow up on repairs or reports of any operating difficulties.

The ExaPlog and SER applications are useful tools that provide information on plant alarms. This helps the alarm management team diagnose and analyze process issues and recommend changes to improve operations.

During the design and engineering stage, CSPC worked closely with Yokogawa engineers to make sure that the new system would perform as desired. The design challenges included

The biggest challenge the team encountered was in designing the architecture network layers for the DCS Anywhere system so as to be able to handle the large data flows from the integrated plants in a seamless way. Users need to have instant access to the system, with immediate updates of the display whenever any plant information changes. High-speed Ethernet routers ensure that the system responds quickly under all load conditions, while network redundancy and firewalls provide high reliability.

Originally there was a problem with the firewalls, but the engineers overcame this difficulty by upgrading the hardware and re-configuring the application software. The system uses two networks running in parallel, each with its own firewall, to provide redundancy.

Access control is managed by domain control servers that maintain a list of security access profiles with different levels of authority. There are also multiple antivirus servers, regularly updated by a central master antivirus server. Daily monitoring of traffic loading, bandwidth and number of access denials have confirmed that the network performs strongly even during peak hours, with 99.99% availability.

A good partnership between CSPC and Yokogawa at all stages, from initial system planning through to commissioning, has allowed the two companies to implement new technologies successfully on a large scale, says Seah Ooi Kiat.

The current system has facilities for wireless access, which will be used as soon as appropriate security features have been added. In the future, when an explosion-proof personal digital assistant (PDA) is available on the market, engineers could even use pocket devices to aid process monitoring and maintenance. Remote monitoring from outside the LAN is another possibility for the future. Mr. Seah Ooi Kiat, Head of Instrument Engineering of CSPC about the cooperation with Yokogawa:

"I am very proud of the fact that DCS Anywhere was implemented on time and before the commissioning work began. For such complex system design, it is absolutely necessary for the client and the vendor to cooperate closely, with the team spirit and the mindset needed to overcome challenges and achieve the final product. Yokogawa has been receptive: they have listened to our requirements and have been willing to make changes whenever we encountered difficulties. They have delivered what we wanted, on schedule and within budget." 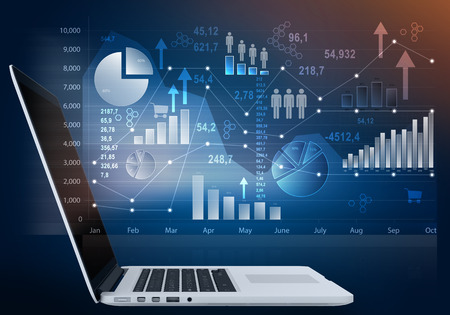