PKC(protein kinase C) is family of protein kinase enzymes which locates downstream of receptor Tyrosine kinase and G-protein coupled receptor, .involved in phosophorylation of various substrates. PKC is involved in wide range of physiological functions, such as cell proliferation, gene expression, receptor regulation, ion channel gating, apoptosis, and the other physiological functions via these substrates and play a central role in intracellular signal transduction. It is known that PKC is activated by phorbol ester typified by PMA (phorbol 12-myristate 13-acetate) and migrates from the cytoplasm to the cell membrane. Here, we introduce the result of imaging and analysis of PKC translocation using PMA treated HeLa cell by using CellVoyager CV8000 and Yokogawa analysis software.

All images were captured by using Yokogawa CV7000 and PKC location changes were analyzed by “Plasma Membrane Translocation” method of analysis software (Fig.1). As a result, PKC particles increased on the cell membrane depending on the PMA concentration, and a PMA dose response curve could be generated from the change in the fluorescent intensity of PKC in the plasma membrane and cytoplasm. (fig2a, 2b). Also, with Yokogawa analysis software, individual particle area and intensity were also generated, so we created a graph based on these data using Spotfire®(Fig.3, Fig.4). In this way, using “Plasma Membrane Translocation” algorithm, we can analyze and describe various protein translocation of nuclear, cytoplasm, and plasma membrane in detail. 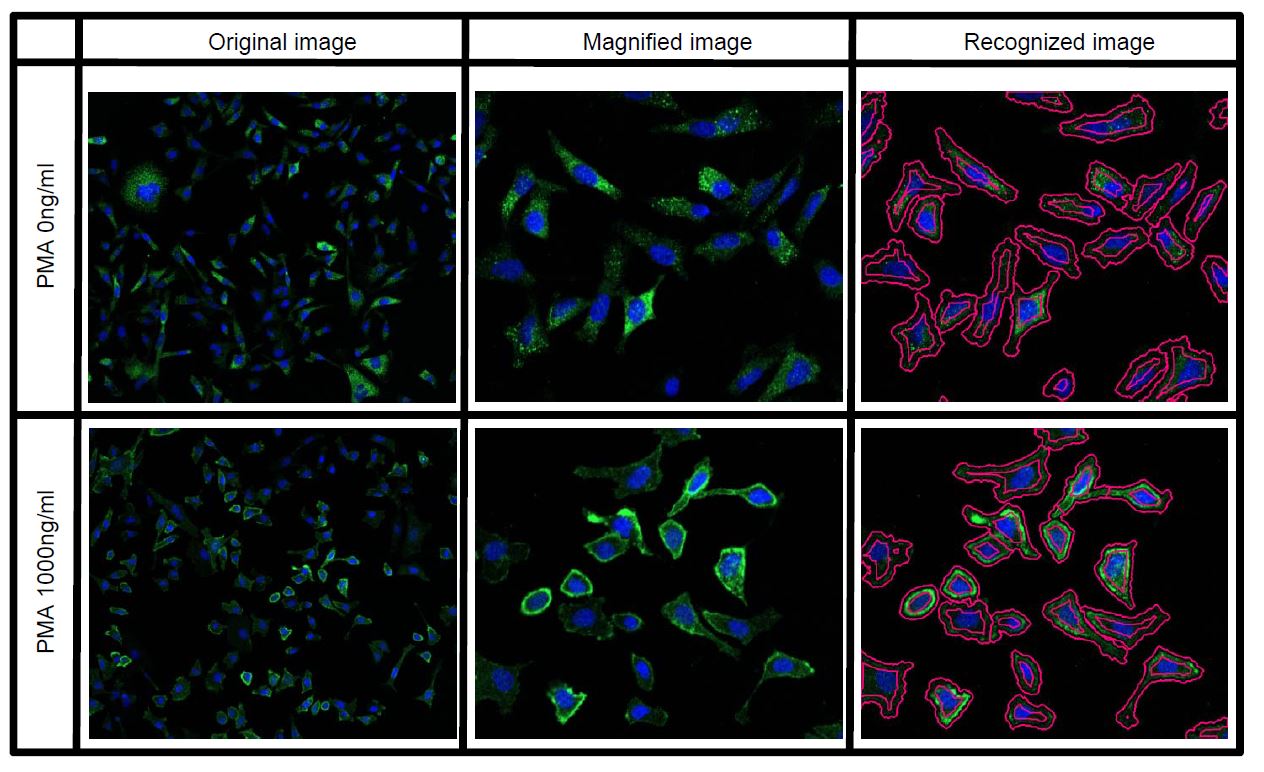 “Plasma Membrane Translocation(Basic Mode)” is used for image analysis. Nucleus recognized by Hoechst33342 staining, cytoplasm and the PKC particle are recognized by Alexa Fluor488 derived fluorescent. Analysis algorithm parameter was modified to detect certain intensity range and area of the object to remove artifact. Plasma membrane was defined as 3um inner from outline of cytoplasm region. Fig. 2 PMA dose response curve
(a) Total intensity of particle present in the plasm membrane per cell
(b) Intensity ratio (Plasma membrane/Cytosol) of the plasma membrane and cytoplasm 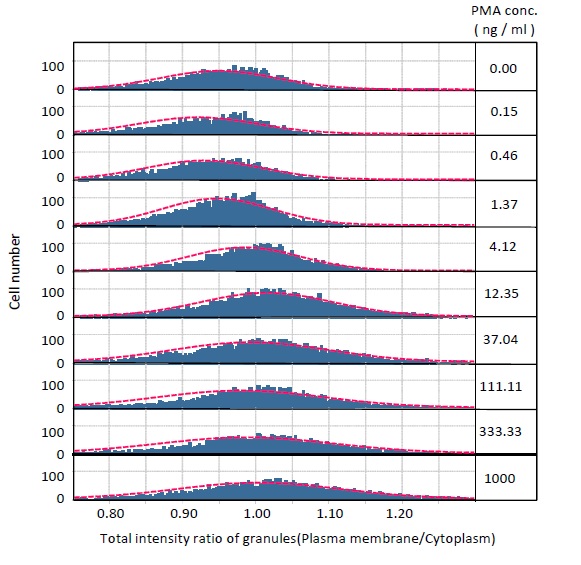 Fig. 4 Total intensity ratio of particle at plasma membrane and cytoplasm at each PMA concentration.
(Plasma membrane/Cytosol)Blue color is ≧0.97cell.