The greatest advantage of native wireless field instrument and actuator devices is their lack of cables for data transmission or power. Eliminating these tethers also eliminates their associated costs in time and money for installation and ongoing maintenance. Companies have adopted the ISA100 wireless standard for a variety of reasons, but the most critical is its ability to support reliable communication in process manufacturing environments. ISA100.11a (IEC 62734) was designed through cooperation among device and system vendors working with process automation end-users to create a platform able to satisfy all involved. Figure 1 illustrates a typical device-level network topology using ISA100.11a wireless instruments. Figure 1. The ISA100.11a network exists at the device level, supporting communications between field instruments and actuators.

Wireless field devices provide many possibilities for operational cost reductions along with improved performance and facility management. But in many existing plants, most field devices are already installed on wired networks, which often are not capable of providing all the information available from HART-compliant smart devices. Wireless can be used with new devices, but it can also extend the communication capabilities of existing instrumentation, realizing their diagnostic and other extended capabilities.

The User Case for Wireless Adapters

Unless there is something seriously wrong with existing wired networks, no end-user is going to rip out and replace working wired devices in a process plant. However, when new devices are added, the plant may decide not to extend the wired networks. New field instruments and actuators may be available as self-contained wireless devices, or they may only be made in a conventional wired version. Those of the latter category will need to be configured to communicate with a wireless network by adding a wireless adapter.

A wireless adapter can function in two modes. First, it can add complete wireless communication capability to a conventional wired instrument. All the data from the device can be sent via the wireless network without the need for any data cables.

Second, it can extend the communication capability of an existing wired device. Many wired device-level networks are not capable of communicating any information beyond the most basic analog signal representing the measured process variable. Smart devices installed on such a network cannot send the additional information they generate, stranding it at the source. Adding a wireless adapter allows it to send the additional information using the wireless network while continuing to use the wired network for the transmission of the process variable.

When an adapter is added to a conventional wired device, there are multiple powering options. The adapter can be outfitted with its own internal power supply and function independently. If the instrument needs power, the adapter can support it, eliminating the need for power cables.

Features of the Wireless Adapter

The Field Wireless Multi-Protocol Module is designed to work with HART-compliant field devices and provides a range of basic communication and operational functions:

Figure 2 shows an example of how to use the Field Wireless Multi-Protocol Module with HART-compliant devices. This adapter has all the necessary ISA100 communication functions built in and only requires connection to the field device. Figure 2. The Field Wireless Multi-Protocol Module can be connected to a HART-compliant device. The module mounts separately, allowing it to be positioned for most effective wireless propagation regardless of where the instrument is located.

There are many ways in which the Field Wireless Multi-Protocol Module can be used in a process plant, but most applications fall into one of these categories:

Most plants have large numbers of HART-compliant devices installed to monitor and control all manner of process variables (Figure 3). Most of these are connected via wired device-level networks. The Field Wireless Multi-Protocol Module converts these into ISA100.11a-compliant wireless devices without any modifications. If a plant or process unit requires renovation, the plant can decide to repair and maintain the wired network, or simply eliminate parts of it. If it costs $100 per meter of cable installation in explosion-proof zones, replacing just 100 meters of cabling with wireless means saving $10,000 in site work. In the case of a major plant upgrade, where sensing points are being removed or where aging cables must be replaced, wireless adapters allow the use of existing HART-compliant devices without cable reinstallation and maintenance. Figure 3. Any HART-compliant field device can be mated with the Field Wireless Multi-Protocol Module.

Companies embracing wireless field devices and networks may be constrained by the limited selection of native wireless devices available today. While the range of choices is growing, some types of devices, particularly those with high power consumption, are only available in conventional wired configurations. In such cases, the Field Wireless Multi-Protocol Module can convert any wired HART-compliant instrument or actuator from any vendor to wireless.

While the process variables from HART-compliant devices in an existing plant are sent to the plant’s automation system through the field device network, other information, such as device condition information and other diagnostic capabilities, can be of great value to the maintenance department. It can collect and manage such data, and use it when analyzing maintenance schedules, maintenance records, repair parts usage, and so on. If the existing wired field-device network cannot extract that information and collect it for sharing interdepartmentally, those gains cannot be realized. Upgrading the network can be a complex and costly undertaking, but the information can be sent via the wireless adapter. Adding a Field Wireless Multi-Protocol Module allows maintenance department to capture HART commands and diagnostic information from the 4-20 mA line with little change to the installation. The adapter can work with two-wire and four-wire device types. In case of four-wire devices, an external power source can be connected to the device, making it easy to support devices with high power usage.

Deploy HART-compliant devices in remote areas where no data or power cables are available.

The Field Wireless Multi-Protocol Module can extend power to an external device, which makes it simpler to deploy HART-compliant devices in locations where wired field-device networks don’t reach and where no power may be available. Under favorable conditions, the adapter can cover a distance up to 500 m in any direction, and more than 1 km if routers are used. For example, combining a HART-level instrument with a Field Wireless Multi-Protocol Module provides a means to measure the water level of rivers and reservoirs (Figure 4). And since the adapter weighs less than 1 kg including its batteries, it and its connected HART-compliant device can be moved easily, enabling flexible measurement point changes.

Extend wireless network range by acting as a router.

In situations where distances between wireless field devices are very long or where large metallic structures create barriers to effective wireless signal propagation, a Field Wireless Multi-Protocol Module can be used as a router to relay communication to and from other wireless field devices (Figure 4). Another ISA100.11a native wireless instrument can serve the same function, however, in many situations, it may be easier to use an adapter as a dedicated router since it is light and compact. It can also be located strategically to fill out the network most effectively. Figure 4. The geographical coverage of a network can be extended by adding routers to relay signals and reinforce weak sections of the mesh. Routers can be located wherever they can do the most for the network, separate of any specific instrument. 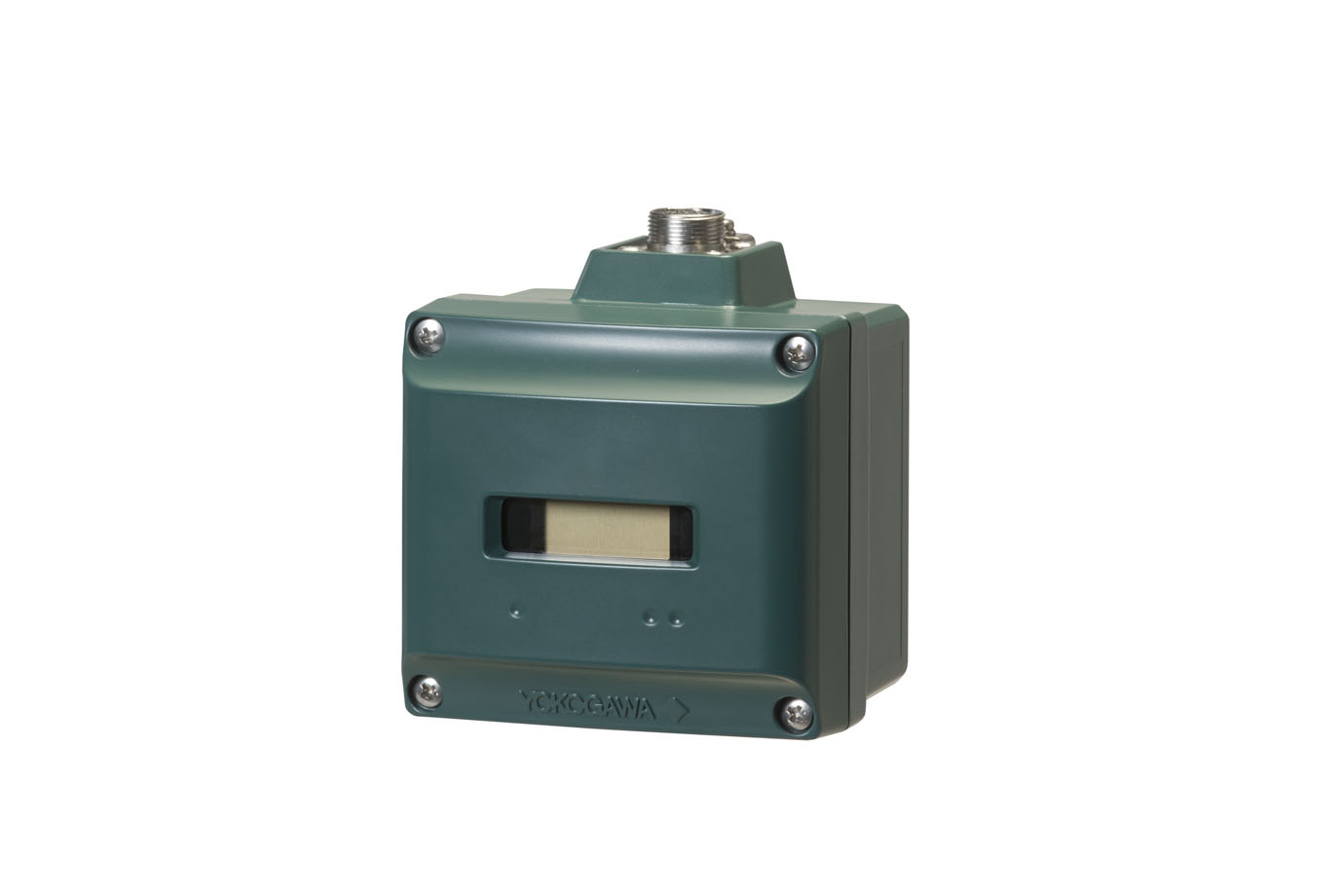