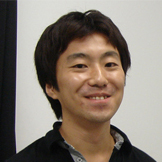 We visited Takumi Higaki, Ph.D., a Project Researcher at Professor Seiichiro Hasezawa’s laboratory at the University of Tokyo (Department of Integral Biosciences, Graduate School of Frontier Sciences). This laboratory is world famous for the establishment of the transgenic tobacco BY-2 cell line, which is a highly regarded model organism to study plant cell biology much like HeLa cells in mammalian research.

The Hasezawa laboratory is also famous for the first ever real-time observation of microtubule and vacuolar dynamics through mitosis in higher plants. To study plant morphogenesis in detail, they make full use of live imaging techniques and their own image analysis software, and are actively developing image database on dynamic morphological changes in plant cells.

Tell us about your research

At the Hasezawa laboratory, our major focus is on investigating the relationship between morphogenesis and cellular functions through live imaging of dynamic changes in cellular structures (cytoskeleton and various organelles) at each step of the plant growth, differentiation, morphogenesis, and cell division cycles. We conduct quantitative analysis of huge amounts of image data using software that was developed in-house. On this laboratory team, I specialize in the analysis of the dynamics and functions of actin microfilaments.

At the beginning of my research, there were already numerous methods for plant actin labeling, including treatment with fluorescently-labelled phalloidin or antibodies in fixed cells, microinjection of these probes into living cells, and expression of GFP-fusions to mammalian talin, an actin-binding proteins. Although these techniques had contributed greatly to our earlier understanding of actin microfilaments, they were insufficient for my study because of their negative properties, such as artificial deformation and experimental limitations. So I tried and succeeded in vital visualization of plant actin microfilaments during mitosis ahead of the world, by using reliable actin reporter, actin binding domain 2 of Arabidopsis fimbrin.

Furthermore, as a result of simultaneous live imaging of actin microfilaments and vacuole membranes, we were the first to discover that their colocalization and regulation by actin microfilaments is essential for the maintenance and dynamics of vacuolar structures. Vacuoles are the largest organelle in mature plant cells and play important roles in a variety of plant growth and development processes. I assume that this actin microfilament-vacuole relationship may play a key role in cell division and programmed cell death.

Currently, I focus on studying the function of actin microfilaments and intracellular structure dynamics during stomatalmovement. Guard cells, which form stomata, are an attractive research model due to their unique dynamics of reversibly changing cell volume in accordance with environmental changes, and they are also important as an interface between plants and the atmosphere.
By using widely available Arabidopsis cell lines as the model for visualizing various plant organelles, I have done extensive 4D live imaging of actin microfilaments and other versatile intracellular organelles in guard cells to investigate and gain a better understanding from the cellular biology perspective of the stomatal opening-closing mechanism. Using some of this data, we have recently developed and released LIPS, a comprehensive database of live images of plant stomata. What was your first encounter with the CSU?

I learned about the CSU through numerous presentations by researchers such as Dr. Akihiko Nakano (RIKEN, University of Tokyo). I wanted to use it, but as a graduate student only had laboratory access to a conventional fluorescent microscope and a very old CLSM. However, even by using such old scopes, there were many things I could do, and I was able to carry out basic but very intensive experiments in which I learned how to prepare specimens and carry out imaging to meet specific research objectives. As a result, when I at last got the chance to use a CSU system in our laboratory, I was easily able to acquire images that were of satisfactory quality. Nevertheless, I still remember my excitement when I first observed clear live images of actin microfilaments with the CSU, something that I had dreamed of for a long time. I can imagine that it must have been comparable to the excitement my parents’ generation felt when they first saw and finally could afford to buy a TV.

What are the merits of the CSU and how has this benefited your research?

The most important merit of the CSU is its high speed, which makes it easy to acquire multi-dimensional images, including 3D (XYZ), time lapse (XYT), multi-point (XYN), and combined (XYZTN) images. Even though high-speed imaging may sound simple, it really is a significant merit that dramatically increases the potential of microscopic experiments.

In addition to having the speed to capture and visualize very rapid biological process, the CSU also allows you to acquire unprecedented amounts of confocal image data quite rapidly and easily, providing you are able to specify the appropriate experimental parameters. We plan to add an auto stage to our CSU system to increase our image acquisition throughput.

This is not a specific issue with the CSU, but I would like to emphasize the importance of the point spread function (PSF) when acquiring and analyzing image data. Especially when measuring light intensity or reconstructing 3D data, it may in certain cases be necessary to compensate the raw data by determining the PSF.

What are your plans for the future?

As a result of recent improvements in high-speed imaging technologies including those used in the CSU, we are able to generate tremendous amounts of microscopy data that can easily surpass the volume of omics data. Furthermore, microscopy data provide a huge variety of information on genetic expression, interactions between proteins, intracellular dynamics, and so on. I therefore believe that there will be a global trend toward the development of microscopy image databases and data mining technologies that will allow researchers to extract data from the vast amount of image information that is available. Our LIPS database is a pioneering effort in this direction.

This establishment of an image analysis framework allows us to evaluate and classify, multilaterally and quantitatively, the dynamics of the stomatal actin microfilament structure, but further changes will be necessary to allow more versatile utilization of this database. At the same time, we are trying to incorporate a machine learning methodology that will allow computers to recognize intracellular structural patterns such as those in our stomata image database, and we have experienced some success in these efforts. I look forward to the day when progress in the image database will give everyone in the cellular biology field routine access to huge amounts of image data. The cute “Kabi-Suke” symbol designed by Dr. Higaki and the sexy LIPS symbol represent the youthful and energetic atmosphere at the Hasezawa laboratory. According to Dr. Higaki, their image analysis software used a clustering algorithm to successfully distinguish works by Van Gogh from those by Johannes Vermeer. We congratulate him on winning the 2009 Botanical Society Award for Young Scientists with his research paper titled “Visualization of Live Actin Microfilaments and Analysis of Actin-based Plant Cell Morphogenesis through Image Information Processing.
Please click on the following link to access the LIPS database.