Yokogawa Electric Corporation today announced the release for sale in Europe of the EJXC40A digital remote sensor, a newly developed DPharp EJX® series differential pressure transmitter. Equipped with two pressure sensors that are connected with an electric cable, the EJXC40A offers superior performance in the measurement of liquid levels in large tanks and large differential pressure with high-pressure fluids. This new addition to the DPharp EJX series will meet a wide range of customer needs.

Development Background
Differential pressure/pressure transmitters are widely used in the oil, petrochemical, and chemical industries in applications such as oil and gas wells. By measuring the difference in pressure at two points in a tank or pipe, these transmitters can calculate the level, flowrate, and density of liquids, gases, and steam. In applications where a tank liquid or gas or a pipe fluid cannot be introduced into the pressure-receiving unit (diaphragm) of a transmitter, diaphragm-sealed differential pressure transmitters are used.

A transmitter of this type is connected to two separate pressure-receiving units by a capillary tube that is filled with silicone oil or some other fluid. Although such transmitters are capable of precisely measuring high-pressure fluids with a high resolution, they are not suitable for use with large tanks because of limitations in the allowable length of the capillary tubes. In addition, they are not ideal for fine differential pressure measurement because the fluids in the capillary tubes are susceptible to changes in the ambient temperature.

Product Features
The EJXC40A consists of two separate pressure sensors that are connected to each other by an electric cable. Based on the difference in pressures measured by each sensor, the EJXC40A determines the liquid level, flow rate, and pressure of liquids, gases, and steam. The EJXC40A is ideal for the following applications.

1. Liquid level measurements in large tanks
The electric cable connecting the two pressure sensors can be up to 45 meters in length, enabling the measurement of liquid levels with very large tanks and tall distillation columns.

According to Yoji Saito, head of the Product Business Center in the Industrial Automation Platform Business Headquarters: “The DPharp differential pressure/pressure transmitter is a core product in Yokogawa’s field instrument line-up. Compact in size and suitable for use in a wide range of applications, over 6.5 million units of these instruments have been sold since its release in 1991. According to a Yokogawa survey, we have the second largest share of this market. Equipped with a silicon resonant sensor that uses Yokogawa’s proprietary DPharp technology, the EJXC40A delivers the high accuracy and stability needed in the petrochemical, chemical, power, oil & gas upstream, and LNG markets that Yokogawa is targeting. Yokogawa will continue developing products to satisfy its customers’ needs and expand its field device business.”

Target Markets and Applications
Yokogawa’s DPharp differential pressure/pressure transmitters are designed for use in process manufacturing industries including oil and natural gas, petrochemicals, chemicals, and power. They are used to measure pressure, liquid level, and flow rate of liquid, gas, and steam. 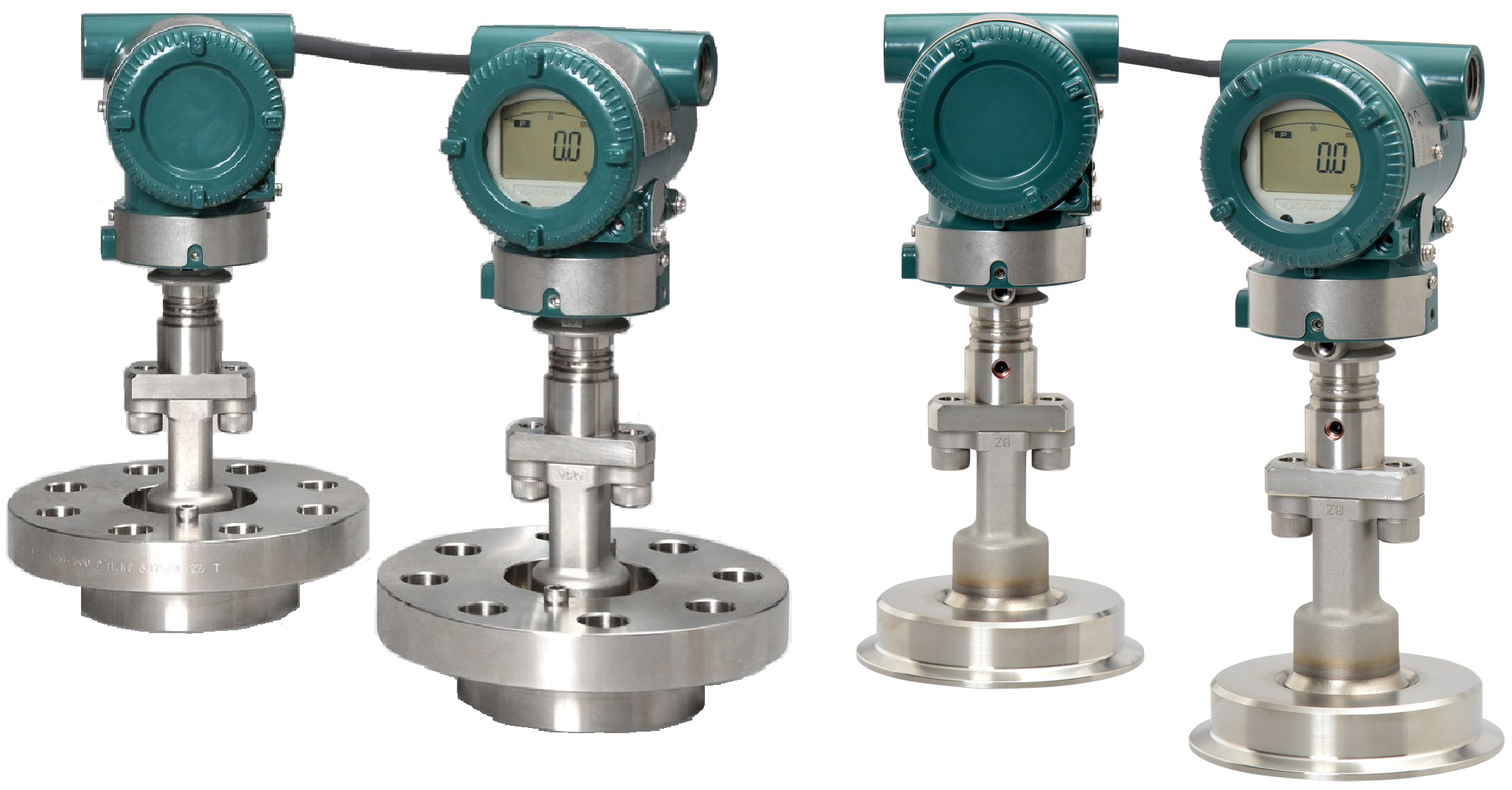