Embryonic stem cells (ES cells) have been a fundamental resource in gene engineering and regenerative medicine. It has been known that various transcription factors play crucial roles in the regulation of pluripotency of ES cells.
Time lapse analysis in live cells has provided essential information regarding the temporal regulation of such pluripotency regulators. For example, a recent long-term single-cell tracking study in monolayer ES colonies revealed the less stringently implemented interactions of pluripotency regulators than assumed based on previous studies*1.
It has been considered that the interactions between a cell and its surrounding neighbors are also an important determinant to regulate the expression of pluripotency regulators. Therefore, analyzing the cellular behaviors in three-dimensional (3D) culture systems, which can mimic the actual in vivo environment more closely than traditional monolayer cell cultures, is an indispensable strategy to assess the regulatory functions in ES cells.
Here we report 3D time lapse analysis of the expression of Nanog, a critical pluripotency regulator, in cultured mouse ES cell colonies using Yokogawa’s all-in-one confocal image cytometer CQ1. 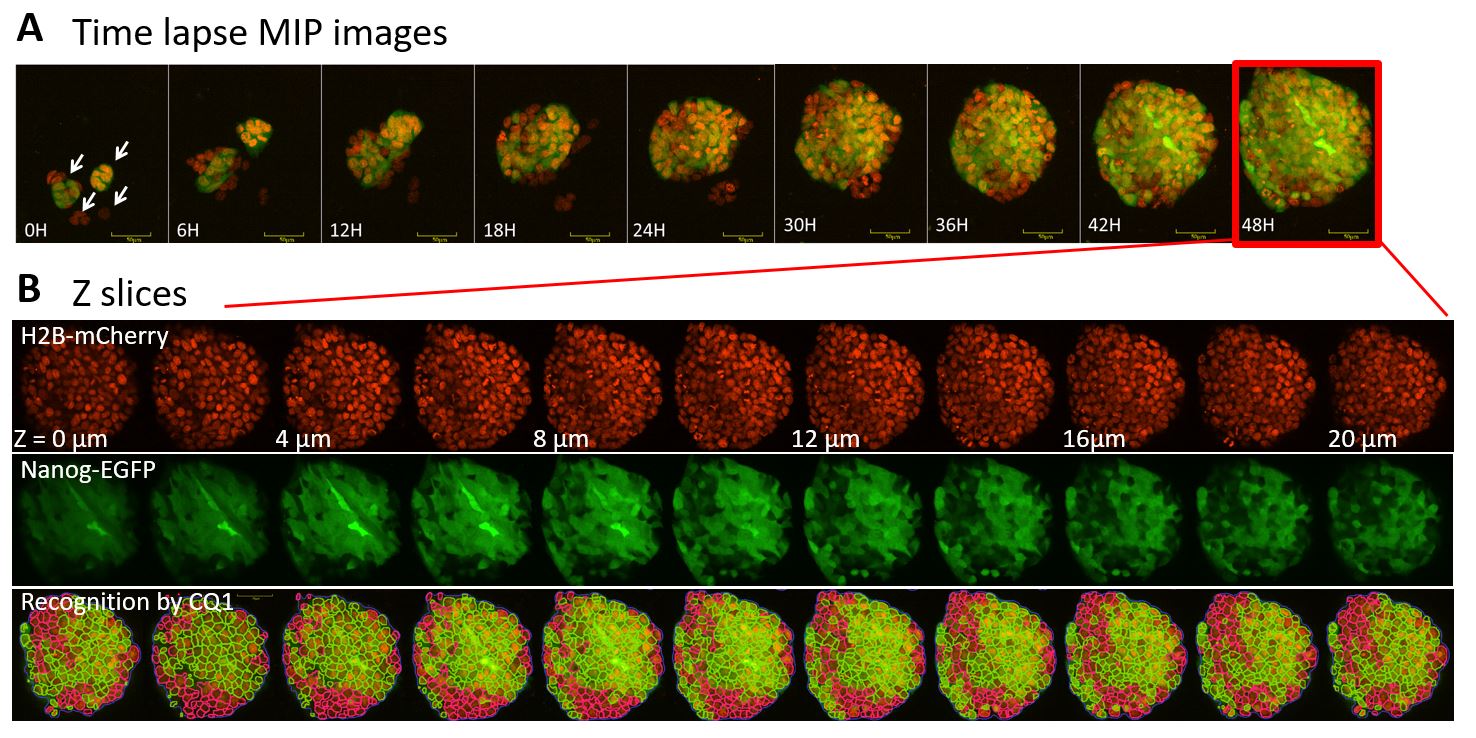 2. Distribution of Nanog-EGFP expression in a ES cell colony