Live cell observation and analysis have become increasingly important in accordance with technological progress. Since each cell’s behavior is different even under the same experimental conditions, continuous tracking of a number of individual cells is required. Thus, three-day time-lapse observation was conducted while cells were being cultivated in the CV8000 stage incubator, and tracking analysis was implemented using the obtained images.

The three-day time-lapse observation of the cells in the CV8000 stage incubator demonstrated steady cell division and growth (Fig. 1a). Also, recognition of individual cells using the CV8000 analysis software resulted in numerical data showing an increase in the number of cells (Fig. 1b, c). Next, tracking analysis was conducted: cell migration distance was measured, and a graph was created using Spotfire® (Fig. 2). As a result, it was possible to chronologically track and analyze the transition of cell division, indicating relationships such as in a genealogical tree. A wide variety of data are obtainable using the CV8000 analysis software, including cell area and fluorescence intensity, thus enabling multifaceted evaluation of cell behavior. 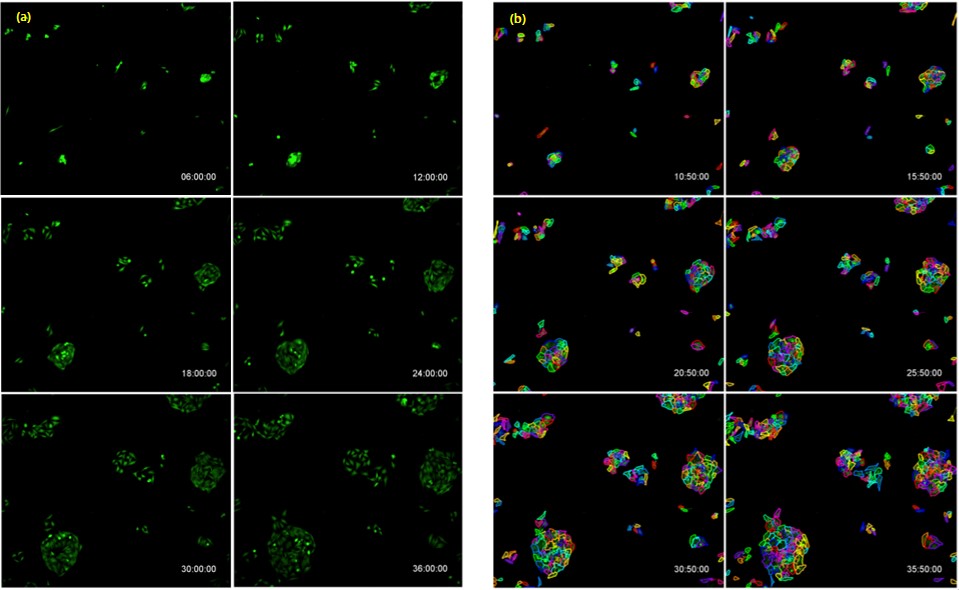 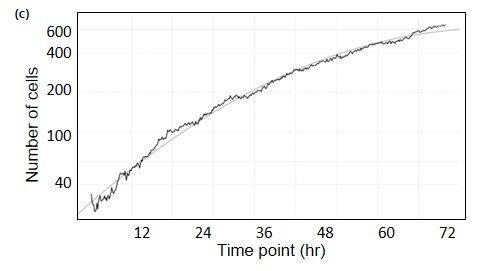 Fig. 1: Cell images and recognition results (time-lapse)
Numbers in the images indicate the time passed since the start of imaging.
Steady cell proliferation over time can be observed both from the images and numerical data. 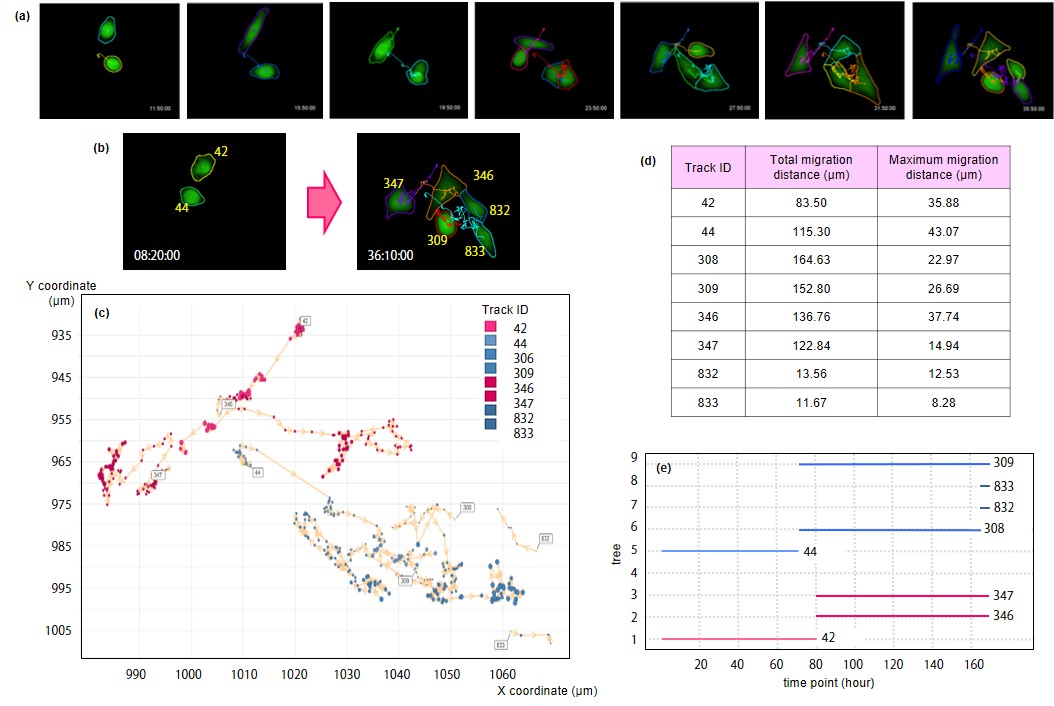