The structures and functions of cells produced through spheroid formation are known to be more similar to live bodies than monolayer 2D organisms. Therefore, various formation methods and data accumulation for spheroids is progressing. We imaged spheroids using CellVoyager CV7000, and analyzed the images. Specifically, multiple images were captured along the Z-axis, reorganized into 2D image data*, and evaluated with regard to the maximum spheroid diameter and number of contained cells. In this way, combination of the CV7000 high-speed 3D imaging and projection functions facilitates the efficient analysis of 3D samples. Furthermore, the method can be applied to live cells to establish new experimental methods such as the time series evaluation of cells.
※Reorganized using the maximum intensity projection (MIP) function. 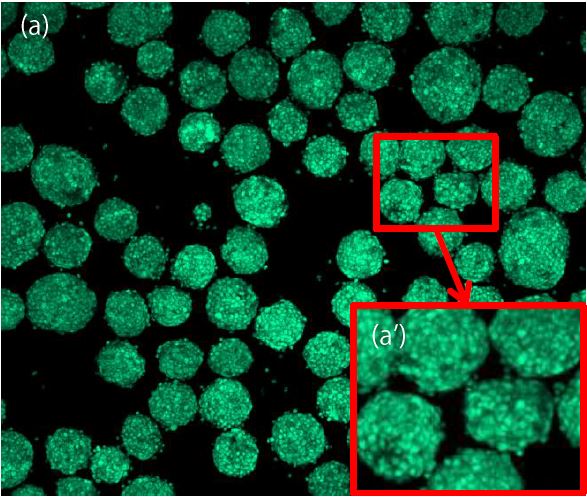 Fig. 1 (a): Original image
12 images were taken at 10 µm intervals in the Z-axis direction and displayed using MIP (a’) is the magnified section. 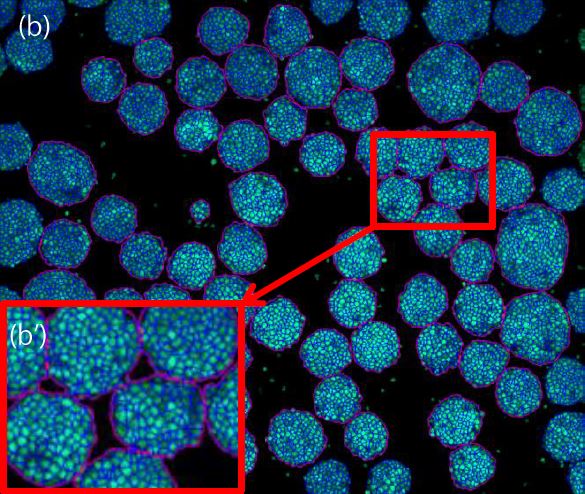 Fig. 1 (b): Recognition image
Spheroid contour (purple) and contained cells (blue) in image (a) recognized using analysis software (b’) is the magnified section. 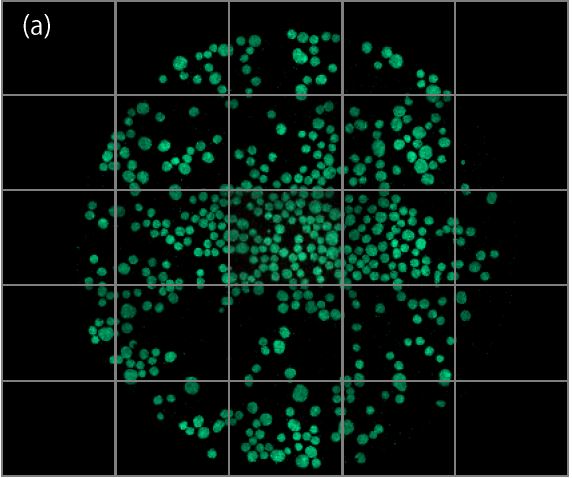 Fig. 2(a): Tile image(25 tiles) of the entire well including 50-pixel overlapping regions between adjacent tiles in the XY direction 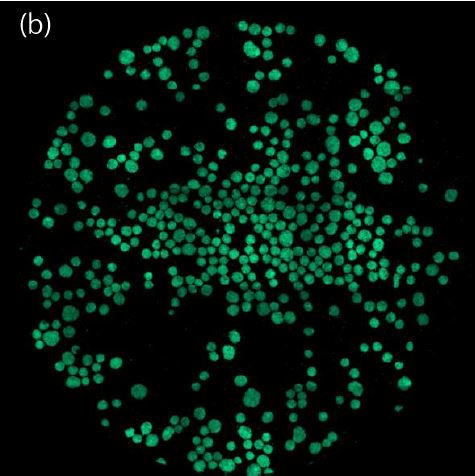 Fig. 2(b): Image created by combining the tile images in (a) 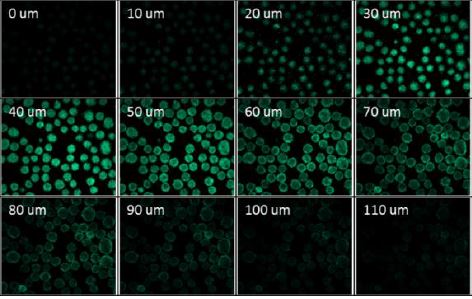 EZSPHERE® has fine pores on the cultivation surface, which is coated with a special polymer that is non-adhesive for cells. Inoculated cells, therefore, form uniform spheroids in the wells. Six types of dishes with wells of different diameters and depths (4,000-900, -901, -902, -903, -904, -905) were used to form spheroids, and images were captured and analyzed using the CV7000. As a result, the data obtained for the maximum spheroid diameters and the number of contained cells correlated with the sizes of spheroids predicted from the diameters and depths of the wells. In this way, the CV7000 allows for efficient evaluation even for 3D samples such as spheroids. 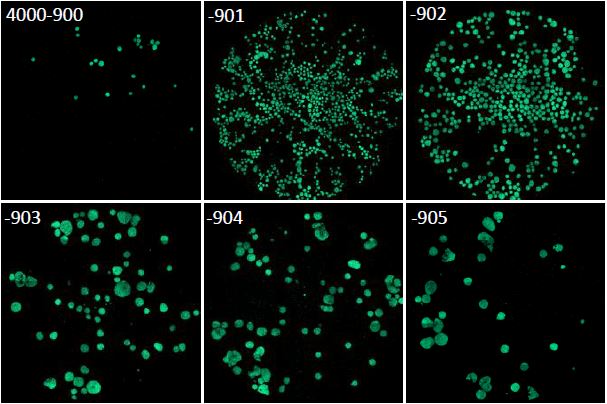 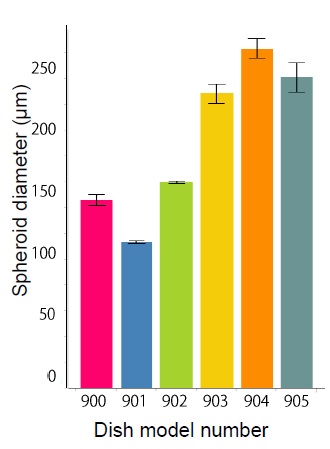 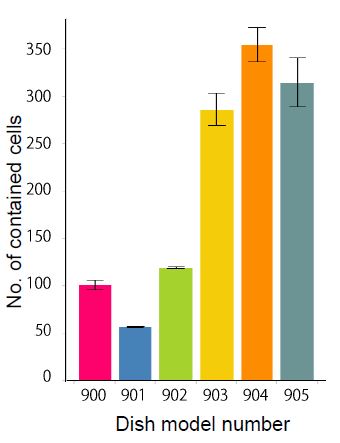