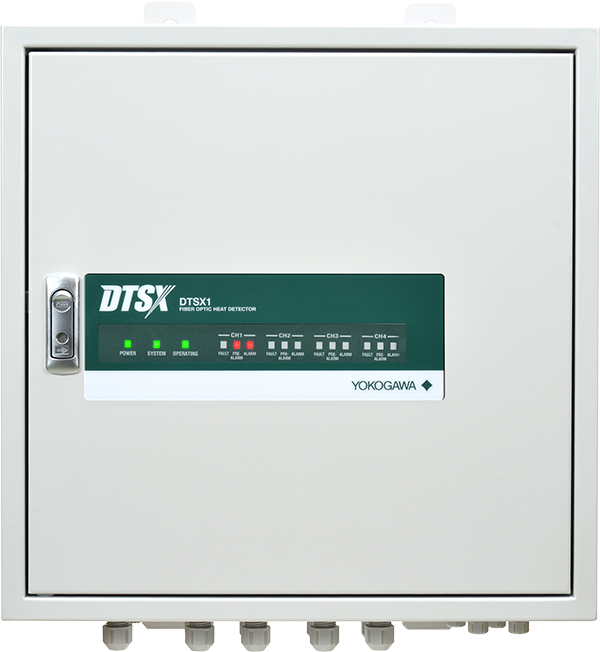 The DTSX1 is an all-in-one, self-contained fiber optic temperature solution. It protects your equipment and devices against abnormal heat events while being more affordable and convenient than other heat detection solutions.

The DTSX1 measures temperature and detects heat with a fiber optic cable over a wide area quickly and precisely. Alarm displays and sounds are individually configurable to suit your applications, enabling rapid detection, localization, and identification of abnormalities to prevent heat-induced equipment failure or catastrophic fire events.

The DTSX1 is a compact easy-to-deploy solution with integrated I/O and visual alarm panel integral to the design.

This phenomenon is also true when you shoot a pulse of light (laser pulse) off of a molecule, in this case, the fiberglass molecule in the optical fiber cable. When the light source enters the optical fiber cable, most of the light bounces (backscatter) back unchanged (no change in wavelength). However, a small amount of that light shifted/changed. That shift/change from the light source is called Raman Scatter. Since Raman Scatter is thermally influenced by temperature, the intensity depends on temperature. Distributed temperature sensing is capturing the shift/change from the propagating light pulse and measuring the intensities between the two signal components (stokes and anti-stokes).

The Raman signal is the signal used for evaluation of temperature. It is sufficiently strong and has a unique temperature dependence. Its wavelength is also shifted substantially (about 40/Nm) from the main Rayleigh peak, thereby allowing the dominant Rayleigh and Brillouin peaks to be filtered out.

The DTSX3000 Control Visualization Software (DTAP3000) is used to control the DTSX3000 and visualize DTS data on a PC. In addition, the software displays measurement data graphs and generate LAS format. DTAP3000 allows a user to perform control, monitoring and analysis from anywhere on Ethernet network. 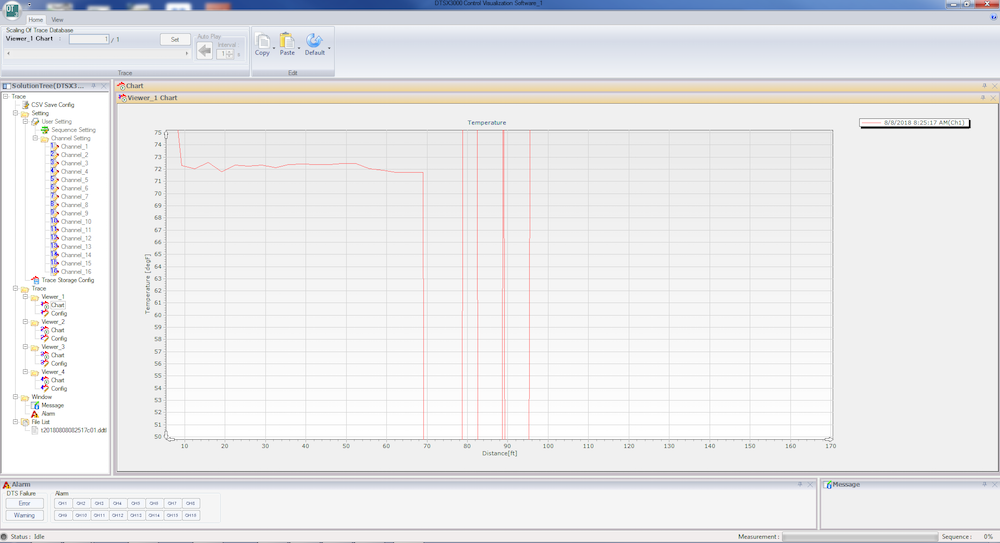 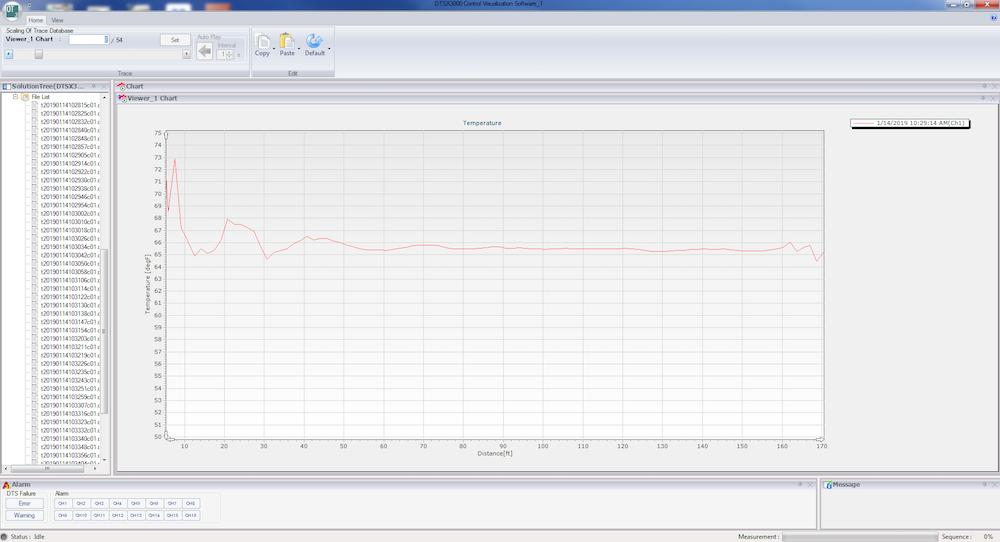 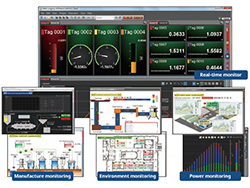 The latest software that enables you to build a DAQ system without programming. Designed for maximum compatibility with Yokogawa recorders, data loggers, temperature controllers, and power monitors, GA10 can also acquire data via Modbus communications.

Risk management is crucial when expanding your business.

The DTSX is a reliable and robust tool for fire detection over long distances and large areas, such as tunnels.

Recently, several ARC Advisory Group analysts and management team members had a chance to sit down with the new Yokogawa President and COO, Mr. Takashi Nishijima, and several other top Yokogawa executives to discuss the company's burgeoning presence in the worldwide upstream and midstream oil & gas industry.