Yokogawa Electric Corporation announces that it will release an enhanced version of the FCN-RTU* low-power autonomous controller for the STARDOM™ network-based control system on February 26. This new version of the FCN-RTU has been developed to meet the requirements of our customers in the high-growth upstream oil & gas industries. 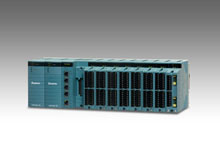 Until recently, gas wells were drilled at multiple sites spread out over a wide area, and each individual well head had its own controller for monitoring and control. With the advent of unconventional horizontal gas drilling techniques, multiple wells can now be drilled from a single well pad, enabling a reduction in the number of controllers needed to monitor and control the well heads. For such applications, the controllers need to be able to handle more input/output (I/O) signals. Also, as wells are often drilled in remote locations where temperatures can be extreme, these controllers must be ruggedly built to withstand those conditions.