Yokogawa Electric Corporation announces that Dave Emerson of Yokogawa Corporation of America has been selected by CONTROL, a prestigious and influential industry magazine in the US, to be inducted into the Process Automation Hall of Fame, Class of 2014. Mr. Emerson is director of Yokogawa's U.S. Development Center. 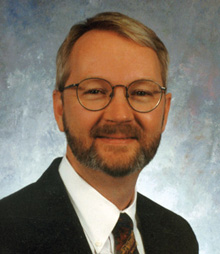 The Process Automation Hall of Fame was created in 2001 to recognize the contributions made by outstanding process automation professionals working in the process automation and control industry. Members include Yutaka Wakasa, a former Yokogawa director and the first Japanese inductee, and Dr. Maurice J. Wilkins, vice president of the Yokogawa IA Global Strategic Technology Marketing Center in Dallas.

The nomination of Mr. Emerson reflects the following significant contributions that he has made to the control industry:

Encouraged by this award, Yokogawa will continue working to contribute to society and achieve progress in the control industry by developing and introducing advanced control solutions based on excellent control technologies.