Thailand's Metropolitan Waterworks Authority (MWA) supplies drinking water to 1.8 million customers in a 2,100 km2 region encompassing greater Bangkok and the neighboring provinces of Nonthaburi and Samut Prakarn. A significant challenge impacting the efficiency of the MWA's water distribution network is the problem of water loss caused by damage to pipes and equipment, inaccurate water meters, and other reasons. In 2005 the MWA launched a project that would address this problem through improved management of water distribution. Its initial goal was to reduce water loss to 30% by 2006 and then to maintain it at this level through to the year 2017.

In order to bring the MWA a real-time monitoring and management capability, Yokogawa Thailand installed STARDOM controllers along with Yokogawa pressure transmitters, magnetic flowmeters, and ultrasonic flowmeters at key points throughout this distribution network.

Bangkok is a rapidly expanding city with an ever increasing demand for basic services, including water supply. To meet demand, the MWA plans to build more than 1000 block stations and to set up branch piping for each of these stations. Realtime data monitoring at each of these block stations is essential to bringing the water loss issue under control.

Achieving an accurate water loss management system while keeping the running costs to a minimum was a real challenge in this project. Yokogawa met this challenge by providing STARDOM FCJ controllers that function as intelligent remote terminal units (RTUs).

Specific advantages of the STARDOM FCJ controller include:

More than 200 Yokogawa STARDOM FCJ controllers have been installed to date, enabling the MWA's monitoring system to collect data from widely dispersed block stations and monitor for leaks using a leakage check algorithm. Via a telephone network, a central operations center continually monitors this system.

The improved monitoring system has achieved the expected reduction in water loss. The real-time monitoring capability supports a core active leakage control function that responds to losses in the water pipe network. Abnormal conditions, particularly burst water pipes, are discovered much sooner, and it is easier to pinpoint leak locations. In addition to improving the efficiency of the loss management program, work efficiency and cost performance as well as employee morale have been improved. As a result, the quality of services provided to end customers is gradually increasing.

According to Vithaya Anuvongnukroh, Director of the MWA's Integrated Water Losses Management Technology Department and the person in charge of this improvement project, Yokogawa's instruments met the requirements for the MWA's water supply system. The MWA procured a total of 220 STARDOM FCJ controllers and 1400 Yokogawa meters for this monitoring system. Yokogawa completed work on this project in May 2008. MWA expects that the increased accuracy and reliability of its water distribution data will help reduce and control losses.

Mr. Vithaya hopes that the MWA and Yokogawa Thailand can use the experience gained through this improvement project to collaborate in the development of improved products for the water supply sector. 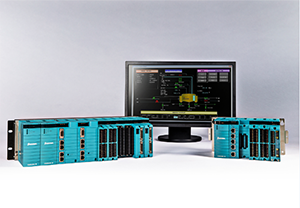