Yokogawa Electric Corporation announces that it will release an enhanced version of the ProSafe®-RS safety instrumented system on April 26. This latest release, R4.03.00, includes an improved engineering function for configuring fire and gas systems (FGS) and new operation faceplates for the FGS operation and monitoring screens. These enhancements make it easier to adopt and use ProSafe-RS in FGS applications.

In the oil, natural gas, petrochemical, chemical, and other energy and basic materials industries, various safety measures must be taken to prevent accidents and protect the environment. This includes the use of a safety instrumented system, which can secure plant safety by functioning as an emergency shutdown system (ESD) that detects abnormal conditions and safely initiates emergency shutdowns, and by functioning as an FGS.

Yokogawa's ProSafe-RS safety instrumented system can be integrated with the CENTUM VP integrated production control system and is widely used mainly in ESD applications all over the world. Based on an April 2017 Yokogawa survey, ProSafe-RS is one of the top selling safety instrumented systems on the market today. Since releasing this system in 2005, Yokogawa has continued to strengthen its functions to satisfy a variety of customer needs. In response to the rising need for FGS solutions, this latest release includes features that make it easier to adopt and use this system in such applications. And by adding a new input/output (I/O) module and enabling the use of an alternate control network topology, we are giving our customers a greater range of choices in their ESD and FGS applications. Cybersecurity has also been strengthened.

Released in February 2005, the ProSafe-RS safety instrumented system helps prevent accidents by detecting abnormal conditions in plant operations and initiating emergency actions such as a plant shutdown. An independent certification body has certified that ProSafe-RS conforms to the IEC61508 international safety standard and can be used in SIL3*2 applications. Unlike conventional safety instrumented systems and distributed control systems, which are regarded as having different roles and functions and operate separately, the operation of ProSafe-RS and the CENTUM integrated control system can be fully integrated. ProSafe-RS is highly regarded by users and has been installed in more than 2,100 projects worldwide (as of April 2017).

*1 Vnet/IP is a control network developed by Yokogawa that features high reliability and quick response. Vnet/IP complies with the IEC61784-2 international standard. 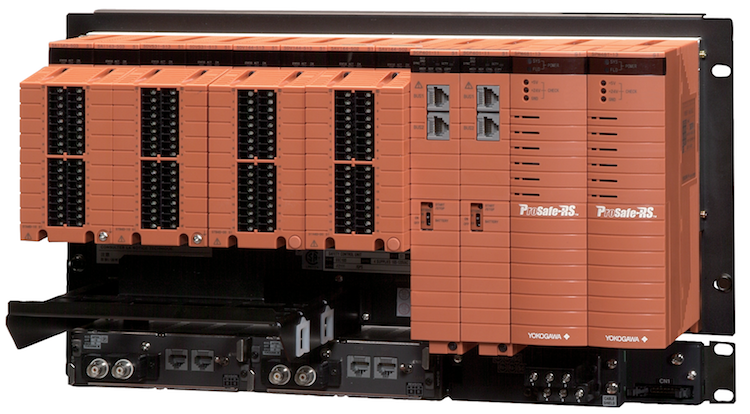 ProSafe-RS offers control system integration and features a dual architecture in every module to achieve SIL3-level protection and high reliability.