Yokogawa Electric Corporation announces that it will release the YTMX580 multi-input temperature transmitter to the market on September 2. The YTMX580 is based on the ISA100.11a industrial automation wireless communication standard and features an industry-leading eight analog input channels*1. 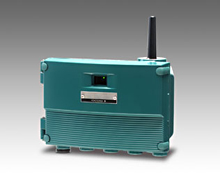 Conventional transmitters typically output a 4-20 mA electric signal. The latest transmitters rely on digital communications, which enables a single transmitter to output a great quantity of information, including data on device status. This is the essence of Yokogawa's field digital technology. The use of secure wireless technology allows our customers to easily increase the number of measurement points without having to worry about time consuming and difficult wiring. The use of wireless communications also means that transmitters can easily be installed in locations that are physically difficult to wire or that previously were economically unfeasible. These are the benefits of a Yokogawa field wireless solution.

Based on the field wireless concept, Yokogawa is releasing the YTMX580 to bring users the benefits of secure wireless instrumentation, which include the reduction of the overall cost of implementing a high-density temperature measurement application.

*1 Based on a September 1, 2011 Yokogawa survey
*2 Requires shunt resistors

This standard improves reliability, enables a diverse range of applications, allows network expandability, and is highly compatible with wired communications standards such as FOUNDATION™ fieldbus. Yokogawa is promoting the ISA100.11a standard and proposing the use of field digital networks that help companies achieve an ideal plant configuration by organically integrating wireless technology with existing wired communications networks.

Yokogawa's global network of 25 manufacturing facilities and 80 companies spans 54 countries. Since its founding in 1915, the US$3 billion company has been engaged in cutting-edge research and innovation, securing more than 7,200 patents and registrations, including the world's first digital sensors for flow and pressure measurement. Industrial automation and control, test and measurement, information systems and industry support are the core businesses of Yokogawa. For more information about Yokogawa, please visit the website www.yokogawa.com