The Coriolis flow meter has many features such as direct measurement of mass flow and measurement of fluid density, which other flow meters do not support. Therefore, since being introduced for practical use in the late 1970s, its market has rapidly expanded in many industries such as oil, chemicals, and foods. The YOKOGAWA Group has also been focusing interest on its features and continued R&D in this area. Eventually, following joint R&D with ROTA YOKOGAWA GmbH & Co. KG (Germany), Yokogawa released the ROTAMASS series Coriolis flow meters in 1993 worldwide, mainly for the Europe, North America, and Southeast Asia markets.

Process flow meters must be able to measure flow rates at high speed and accuracy, and must also be robust to withstand stresses and vibrations applied through the process connection with the piping. To achieve these properties, we developed a high speed high accuracy digital signal processing algorithm and a Box-in-Box structure to reduce the impact from external force and vibration. This paper describes the features of the signal processing and structure, and application examples of the ROTAMASS series Coriolis mass flow and density meters.

MEASUREMENT PRINCIPLE AND FEATURES OF THE CORIOLIS FLOW METER

A Coriolis mass flow meter measures the mass flow of fluid based on the interaction of Coriolis forces generated between the flowing fluid and vibrating measurement tube. The principle is outlined in Figure 1. The U-shape tube is repeatedly swung around the fixed end as a pivot like a cantilever. When fluid flows in this tube, Coriolis forces (Fc) are generated at both the inlet and outlet sides of the tube according to the ascent and descent of the tube. Since the directions of forces generated at inlet and outlet sides are opposite, torque is created generating torsion angle of the tube. Because the Coriolis force Fc is proportional to the mass flow of the fluid, the mass flow can be measured by detecting the torsion angle.

Figure 2 shows the flow meter with the major elements necessary for measurements and signals. A pair of a magnet and driver coil is mounted at the apex of the U-shaped tube, and two pairs of a magnet and sensor coil are arranged at the upstream and downstream sides respectively. The positive feedback of electromagnetically induced output of the sensor coil to the driver coil leads to self-oscillation of the measurement tube at its resonant frequency. The torsion angle of the tube can be calculated based on the phase difference between the output signals of the two sensor coils. That is, the mass flow rate can be derived from the phase difference of the two signals. It is possible to calculate simultaneously the mass of the fluid based on the signal frequency, from which the density can be derived.

In general, chemical reactions, etc. are described in moles or masses of substances. Therefore, it is very useful to be able to directly measure the mass flow rate in chemical and pharmaceutical industry applications. Other flow meters such as differential pressure, electromagnetic, and vortex flow meters must convert from volume flow rate to mass flow rate while compensating for temperature and pressure. Although magnetic flow meters can measure only electro-conductive fluids due to the principle of measurement, Coriolis mass flow meters can measure non-conductive fluids. This is one reason why they are widely used in the chemical and pharmaceutical industries

This section describes the signal processing of the ROTAMASS. As noted in the section regarding the measurement principle, the mass flow can be calculated based on the phase difference of two sensor coil signals. In the early models, the mass flow was calculated based on the time difference of the zero cross point of the sensor coil signals. However, this method was susceptible to noise superimposed on the signals. Thus, as technologies for analog-to-digital converters (ADC) and digital signal processors (DSP) advances, the procedure where all signals are digitized and the phase difference is calculated by a digital Fourier transform by DSP is mostly applied. Yet with this method, the wavelength interval of the tube vibration must be equally divided and sampling at those points is required, resulting in a complex sampling timing generation circuit. Moreover, it has the disadvantage in which the output cannot follow the fluctuation of the density and temperature of the fluid to be measured, because the vibrational frequency of the tube fluctuates depending on the density and temperature.

To solve these problems, we invented a signal processing method to calculate the phase angle by using the Hilbert transform for the ROTAMASS (Japan Patent No. 3219122 and United States Patent No. 5578764). Figure 4 shows a schematic block diagram of the signal processing. The signals of sensor coil 1 and sensor coil 2 are assumed to be sinθ and sin (θ + Δφ), respectively. The Hilbert converter is a digital filter to shift the phase of the input signal by 90 degrees and output it. When the input signal is sinθ , the output signal of the Hilbert converter is cosθ. By using the outputs of each digital filter, the phase difference Δφ can be calculated by the following equation.

This signal processing method has the following features.

In addition, a two-tube structure is employed, and they are vibrated in opposite directions. The sensor coils for measuring the vibration are mounted on one tube while the magnet is attached to the other tube. Owing to this structure, the tubes are not easily affected by external vibration. Moreover, tuning the resonant frequency of the tubes considerably higher than the expected vibrational frequency of disturbances in the field minimizes the impact of the external vibration.

Another structural feature is the angle given at the linear part of the U-shaped tubes. This enables the fluid in the tubes to drain by itself.

Improving the density measurement accuracy also enhances the accuracy of volume flow rate and concentration measurements because they are obtained as a function of density.

The standard specifications for the density measurement accuracy of the ROTAMASS 3 series is 0.008-0.0015 g/cm3 (Table 1). By selecting the option /K6, even more accurate measurement of 0.0005 g/cm3 is available. To achieve this accuracy, we have developed a special calibration device that uses three types of liquid. Every flow meter guarantees the accuracy of a wide range of 0.3-2.0 g/cm3 by calculating the correction factor based on the fluid the temperature of which is controlled. Figure 7 shows the accuracy of volume flow rate measurement with the high-accuracy density measurement option of 0.0005 g/cm3. This figure shows clearly that the volume flow rate can be measured very accurately by using this option.

This section describes some applications of the ROTAMASS 3 series. Figure 8 shows an example of installation in a track for road tanker for liquefied gas utilizing the high resistance to vibration of the Box-in-Box configuration. This flow meter has been performing stable measurements for more than ten years even in this environment with severe vibration.

High rangeability and high-precision measurement at low flow rate are extremely effective features in the chemical and pharmaceutical industries. Figure 9 shows an example in the pharmaceutical industry. In this process, some solvents are supplied to multiple reactors. Coriolis flow meters with high-precision measurements were adopted because it is crucial to measure the flow rate accurately.

Applications of the Coriolis flow meter are expected to expand as an excellent mass flow meter. Users' demands vary with industry and region: larger diameter for the oil and gas industries, low flow rate for batch processes in fine chemicals and pharmaceuticals, and low price for Southeast Asia. The ROTAMASS series have been used in various industries since their release and have been steadily improved in accordance with users' need for applications. We will continue to meet such needs through constant enhancements; improving accuracy, lowering price, expanding interfaces with upper systems and so on. 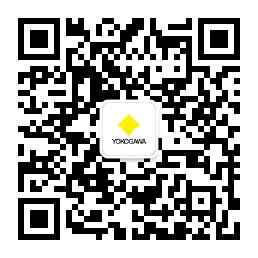 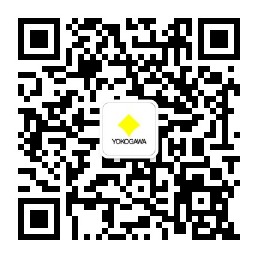