Proper alarming is critical for safe and stable plant operations. Along with the progress of control systems, alarms can be easily created for various conditions compared with the era when alarms were indicated and consolidated on a panel consisting of a series of annunciators. However, numerous nuisance alarms can overwhelm the operators. This report outlines Yokogawa's Alarm Rationalization and introduces an application example where nuisance alarms were reduced by 66% and safer and more stable plant operation was thus achieved.

As plant operation becomes more intelligent and complex, the alarm system for safe and stable operation is becoming increasingly important. An alarm warns operators of an abnormal situation in a process and urges them to respond to it. However, alarm flooding may cause operators to miss critical alarms or to misjudge the situation, which increases the risk of plant disaster or production losses. Thus, proper alarm management is critical for safe and stable plant operations. According to the investigation report on the explosion and fire at a refinery in Milford Haven, Britain in 19941, numerous alarms were announced for five hours before the explosion and the operators overlooked the alarms that indicated the signs leading to the explosion. The safety of a plant can be maintained only when "the right alarms are annunciated to operators at the right timing."

Yokogawa's Alarm Rationalization improves the performance of a customer's alarm system. The service consists of the following.

These services aim at improving plant safety through alarm rationalization.

This paper provides an outline of the Fundamental Nuisance Alarm Reduction and an example in which this service helped ensure safe and stable plant operation. Petrochemical Corporation of Singapore (Private) Limited (PCS), which was concerned about so many alarms in their plant, learned that Yokogawa's Alarm Rationalization would meet their needs and decided to introduce the Fundamental Nuisance Alarm Reduction as a first step.

PCS was established jointly by the Singapore government and Japan-Singapore Petrochemicals Co., Ltd. (JSPC) in 1977. The present shareholders are JSPC and QPI and Shell Petrochemicals (Singapore) Pte Ltd. PCS, situated in Julong Island, Singapore, is the upstream company of the Singapore Petrochemical Complex. PCS has two trains of petrochemical plants: PCS1 started in 1984 and PCS2 was added in 1997. As shown in Figure 1, PCS exports toluene and xylene as well as supplies basic petrochemical products, such as ethylene, propylene, acetylene, butadiene, methyl tertiary-butyl ether (MTBE) and benzene to downstream companies in the complex.

This section provides an outline of the Fundamental Nuisance Alarm Reduction and explains the procedure.

The Fundamental Nuisance Alarm Reduction is the introductory service among the Alarm Rationalization services. This service collects and analyzes alarm and event logs (A&E) recorded during operations to identify the root causes of individual alarms and works out the solutions. The key is how to distinguish nuisance alarms from good ones. "Alarm Systems," EEMUA Publication No. 191, is the de facto standard for alarm management, providing the characteristics of a good alarm as shown in Figure 2. In this service, eliminating nuisance alarms is investigated while keeping these characteristics in mind.

All the service procedures of the Alarm Rationalization are defined in accordance with the DMAIC steps of Six Sigma, and tasks for the individual steps are clarified. The services are provided only by qualified engineers who have been trained through a training system with a virtual plant utilizing a dynamic process simulator and who have passed the qualification test. By standardizing working procedures and training systems in this way, Yokogawa ensures the quality of service.

Figure 3 shows the implementation procedure of the Fundamental Nuisance Alarm Reduction, and Figure 4 shows the phases of the service.

Next, an improvement team is formed by people from Yokogawa and the relevant departments of the customer. This cross functional team (CFT) includes engineers or chief-level engineers from various departments such as operation, process, instrumentation, machinery, and maintenance departments who have expertise in each area. Studies by members from such diverse areas will help carry out the improvements effectively.

The kickoff meeting is then held, and the target alarm load, which is the alarm reduction target to be achieved by this service, is set. In this step, A&E used for analysis is prepared. A&E must be recorded for at least one month of operation because it is desirable for it to include various operating conditions.

A&Es obtained in the Measure step are sorted in order of frequency and are written in a worksheet used for the improvement work. Such information as the ratio of alarms for a certain tag to all the alarms, the number of alarms in ten minutes, and types of alarms are also added to the tag list in the worksheet. This helps clarify which alarms and tags should be eliminated to achieve the target set in the Define step. Figure 5 shows an example of the worksheet.

Upon completing the worksheet, Yokogawa first extracts the characters of the alarms and estimates root causes of alarms by paying attention to types of alarms, intervals and sequences of alarms related with other events and so forth.

Then, a CFT meeting is held, and the root cause of each alarm is identified by the team members utilizing information such as the usage of an alarm, its necessity, problems in measurement, characteristics of devices, malfunctions in the past and maintenance logs.

After the root causes have been identified, measures against those causes are determined. Fundamental measures are desirable to get rid of causes. However, next-best measures may have to be considered if the best measures require modification of the equipment or process and are difficult to implement in the near future.

The following are typical measures that can be implemented in instrumentation.

Once the measures are finalized, they are actually applied to the plant. The measures vary from those that can be easily implemented, to those that require works during plant shutdown, and sometimes require new software packages or devices.

After taking the measures, A&E is obtained again to verify the effect.

By analyzing the obtained A&E, the improvement is evaluated, and the final report is created. In addition to the alarm reduction result, the report includes recommendations for further improvement that could not be implemented within the project period for some reason, such as plant shutdown is required to implement it.

Furthermore, the final report contains suggestions on change management and the alarm management organization for maintaining the effects of the measures, as well as the framework of the project including the history, organization, schedule and procedures for future reference.

This section provides an application example of the Fundamental Nuisance Alarm Reduction introduced to PCS.

In the Define step, the target of alarms announced during normal operation was set at two alarms or fewer per ten minutes per operator. Usually, the target tags for analysis are determined based on the active alarms. In this application, however, it was known from past data that there were many tags set to Alarm Off (AOF: alarms are suppressed) and long- standing alarms that are not recorded in A&E. To review the alarm system from scratch, we decided to include those tags and alarms in the analysis.

All the members of the CFT consisting of key persons from various departments of the customer attended Yokogawa's Improvement Leader Development Program and learned the contents of Alarm Rationalization and the procedure to reduce alarms through training using the desktop virtual experience in advance. As a result, they thoroughly understood the service and could carry out the subsequent improvement activities efficiently.

In the Measure step, an alarm event log was recorded from one month before the kickoff meeting using Yokogawa's Exaplog event analysis package. Figure 6 shows part of the log.

Since Exaplog is not only a simple logger but also a process analytical tool, it can display alarms and events graphically and many data processing functions are prepared for further analysis. It is very effective also in the Analyze step.

Figure 7 shows the distribution of the measures for nuisance alarm reduction finalized in the Improve step. Figure 7 Distribution of the measures for nuisance alarm reduction

Results Achieved by the Service

The Alarm Rationalization has achieved the following results.

As described, the aim of Alarm Rationalization is not simply to reduce alarms but to ensure safe and stable plant operation. Proper control of alarms enables the operators to surely recognize the plant situation at the earliest opportunity.

These improvements tend to end after being implemented once, although continuous activities are essential to improve safety. As described in "Sustainable alarm management", a system for periodical review is important. VigilantPlant Services, the theme of this Yokogawa Technical Report, include services that assist such periodic improvement activities.

Yokogawa will continue to contribute to safe and stable plant operation by making the most of VigilantPlant Services. 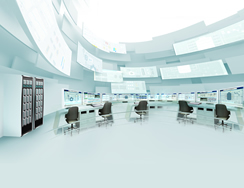